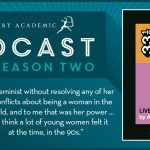 Live Through This is an album about girlhood and motherhood; desire and disgust; self-destruction and survival. There have been few rock albums before or since so intimately concerned with female experience. It is an album that changed lives – so why is Courtney Love’s achievement as a songwriter and musician still not taken seriously, two decades on? In this two-part episode, we explore Hole’s origin and influences, their glam 90s LA image, and the 3rd wave feminist backlash against Courtney Love as she challenged every preconceived notion of “good” womanhood. 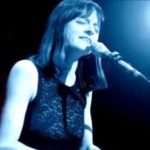 Jude Johnstone began writing songs at the piano as a child growing up in Hancock, Maine. She was technically “discovered” by Clarence Clemons of Bruce Springsteen’s E-Street Band, who met her on a plane, listened to some demos she later sent him, and flew her to New Jersey, where she witnessed Springsteen recording The River. In 1979 she traveled with the band to Los Angeles, locus of the American recording industry, and established herself as a professional songwriter for artists from Johnny Cash to Bette Midler and Trisha Yearwood.