Skip to content
You are here
Home > 33 1/3 > Aphex Twin Week: The Wind Chime as Rhythm Machine 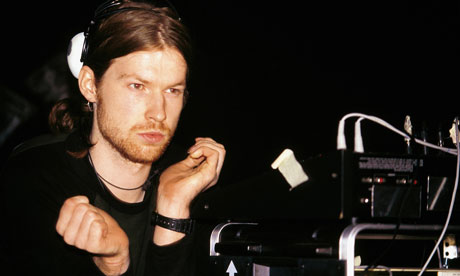 If there is a single track that stands out to me as the core of my appreciation of Selected Ambient Works Volume II, it is arguably “White Blur 1,” around which much of the book’s first chapter is built. “White Blur 1” is a title attributed by fans, based on the photo associated with the specific track on the album’s inner sleeve. This is either track 11 or 12 of your copy, depending on your edition. Yes, Selected Ambient Works Volume II is, among many other things, a willful puzzle. Once puzzles are sorted out, though, they can get familiar quickly; once you figure out a Rubik’s Cube, it transforms magically from stress-inducer to a colorful stress-release ball with square edges: the inscrutable becomes comfortable.

This track in question often goes by an even more colloquial reference than even “White Blur I”: “The one with the wind chime.” You can hear it at the following YouTube post, in one of many uploaded versions, which tend to differ on what the accompanying imagery is (angry Aphex Twin face, pictures from nature, dark industrial equipment, etc.). In this case, the image is of actual wind chimes:

I won’t go into detail here about the intriguing quality of the wind chime as a rhythmic component. There’s plenty of detail in the book’s opening chapter (“There Is No Volume I,” which appears to be available in full at my book’s page on Google Books). In brief, the wind chime is a “generative” instrument. It is a system that is enacted, rather than a score that is followed linearly. For an ambient track to employ the wind chime is for it to do more than just use rhythm for texture; it’s to explore texture as rhythm, how something can feel like a rhythm yet not actually have a rhythm, at least not in the traditional sense of having a dependable, mappable beat.

When I was writing the book, I did a lot of research, spoke with many people, and also referred back to interviews I’d done in the decades I’d been listening to the record, with Aphex Twin himself, with his friend and Cornwall native Luke Vibert (pictured on the main page of this article, and below), with composers who were involved with reverse-engineering his music and that of such Warp Records colleagues as Squarepusher, among many others.

But there are other ways to do research, and an important means for me to work out thoughts, to probe ideas, in recent years has been this online group I started back during the first week of January 2012. It’s called the Disquiet Junto, and it works like this: each Thursday afternoon or early evening, I post a music composition prompt, and the participants — of whom there are now over 400 active ones, having uploaded well over 3,000 original tracks — have until the following Monday at 11:59pm to upload their work. We’ve had as many as 70 entries in a given week. It isn’t a competition. It’s a group, a very mutually supportive one, I’m pleased to report. (If you find it interesting, please do join in. This past week’s project was in celebration of what would have been the William S. Burroughs’ 100th birthday.)

Even when the book was done, the ideas weren’t, at least to the extent that I couldn’t stop thinking about them. I kept hearing and seeing the album everywhere. The only way I know to get an idea out of my head is to do something with it, so I made one week’s project about the wind chime. The project was titled “Aeolian Metrics” after Aeolus, god of the wind, for whom the Aeolian harp, close relative to the wind chime, was named. The project’s compositional prompt was very simple, just a single sentence. Often the Junto prompts involve a half dozen or more detailed steps, but in this case it was just this: “For this week’s project, use the sound of a wind chime as the rhythmic foundation for a track.” Here are the results, over three dozen different musicians making music based on the idea inherent in Aphex Twin’s “White Blur I”:

When I do readings from the book — there’s one scheduled at City Lights in San Francisco on March 20, and another in Portland at Powell’s in early May — I’ll be having local musicians with me to perform variations on this Aeolian Metrics project. In San Francisco, it will be the very talented Marielle Jakobsons, Jared Smith, and subnaught. Details will be available on the Powell’s event, and other such events (I’m speaking at SETI on Earth Day, though probably without musicians), as they come together.
Aphex Twin’s Selected Ambient Works Volume II will be available this Thursday, Feb. 13 at Bloomsbury.com, on Amazon, or wherever 33 1/3s are sold.