TO CELEBRATE THE UPCOMING RELEASE OF OUR 107TH 33 1/3 ON  BEAT HAPPENING, WE’RE PLEASED TO BRING YOU THE SECOND INSTALLMENT OF BEAT HAPPENING WEEK BY AUTHOR BRYAN PARKER ! 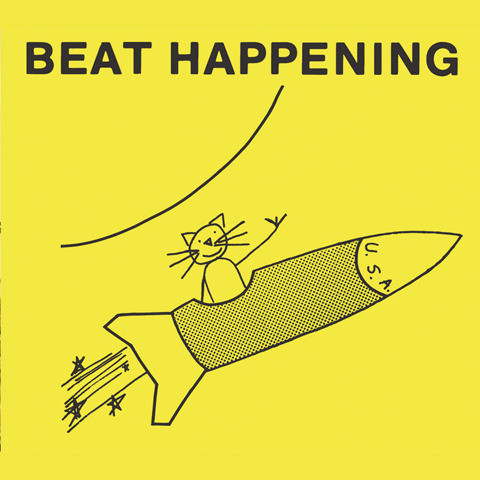 Beat Happening’s eponymous first album laid the groundwork for the material central force Calvin Johnson’s K Records imprint released in the future, including several subsequent Beat Happening records. Using Beat Happening as a template, the trio built upon their initial ideas, deepening and broadening them with each album. Although as early as the 1960s, postmodern ways of thinking seeped into musical expression in the work of composers like Philip Glass and John Cage, pop music took longer to incorporate such ways of expression, and even today, pop music by nature tends to function on form and structure.

Depending on one’s definition of “pop music,” bands such as The Knife, Xiu Xiu, or even The Flaming Lips can be included in a group of artists that embrace absurdity and fragmentation while rejecting form, tenets central to postmodernism. Beat Happening can’t be called the progenitors of postmodern pop, but they belong in conversation with bands like Jandek, The Residents, and Sonic Youth, as a group that brazenly ignored traditional modes of expression. Indeed, frontman Calvin Johnson has cited early free jazz and experimental music as integral to his conception of Beat Happening’s approach to making music.

From transcending the structure of capitalism by undermining major label dreams to subverting industry paradigms by ignoring the conventions of studio recording to challenging masculinity with juvenile and effeminate lyrics, Beat Happening’s pop exudes postmodern thought. On their debut, when these postmodern pioneers were just college sophomores, they may have been simply acting on impulse, doing what felt right, and half-stumbling into groundbreaking territory. As early as their second release, Jamboree, the band commands their postmodern edge with greater confidence, and by their third effort, Black Candy, they’re in full stride.

[youtube https://www.youtube.com/watch?v=W0v16vzQkec]
Completely absurd and illogical, it’s basically nothing a music video should be. The frame is too tight and the shot rarely changes. No rapid cuts, exciting pans, or stunning effects here. The instruments are broken and ill-fitting of the music. Heather sits behind a snare and drums disinterestedly on her head with paintbrushes while Bret vacantly swipes at a shoddy, acoustic guitar with one string. The tone of the video might be summed up as “whatever” if anyone in the band cared enough to give a description. This sort of elongated shrug may be aloof, but Calvin’s spastic dancing lends a clue that this isn’t about being jaded or cynical. The band isn’t simply checking out. This disconnectedness signifies an astutely considered lack of regard for the expectations of the viewer rather than some affected ennui. The band asks us to reconsider music videos just ask they ask us to reconsider music.

I should also mention that the first time I saw a photograph of Beat Happening, I found it difficult to match the members’ likenesses with names. All three members had a similar appearance. Abandoning all notions of rock gods and lead singer hunks, the band replaces a patriarchal masculinity with egalitarian androgyny. 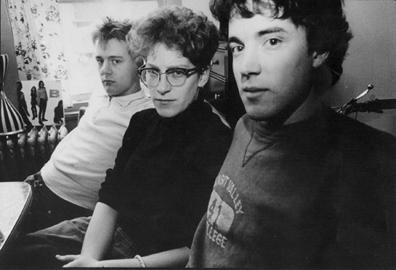 And what makes Beat Happening such an important band is that so much of their power remains relevant today. Then and now, Beat Happening present songs that, while simple, remain potent and singular. A perfect bridge between uninhibitedly fun pop and challenging postmodern performance, the band still delights as much as they require us to reconsider our conceptions of the world: everything postmodern art should do.