To celebrate the upcoming release of our 101st 33 1/3 on Tago Mago by Alan Warner, we bring you the second installment of Can week – – a quick look at the group’s unconventional recording studio in Schloss Norvenich.

Schloss Nörvenich is an imposing sandstone castle located in the relatively isolated Noervenich municipality in North Rhine-Westphalia, Germany. Originally built as a castle and moat strategically positioned along an old Roman military road, the structure has a history that stretches as far back as the 12th century. As the result of a series of demolitions, renovations, and additions in the early 20th century, however, the currently visible buildings are only approximately 300 years old. 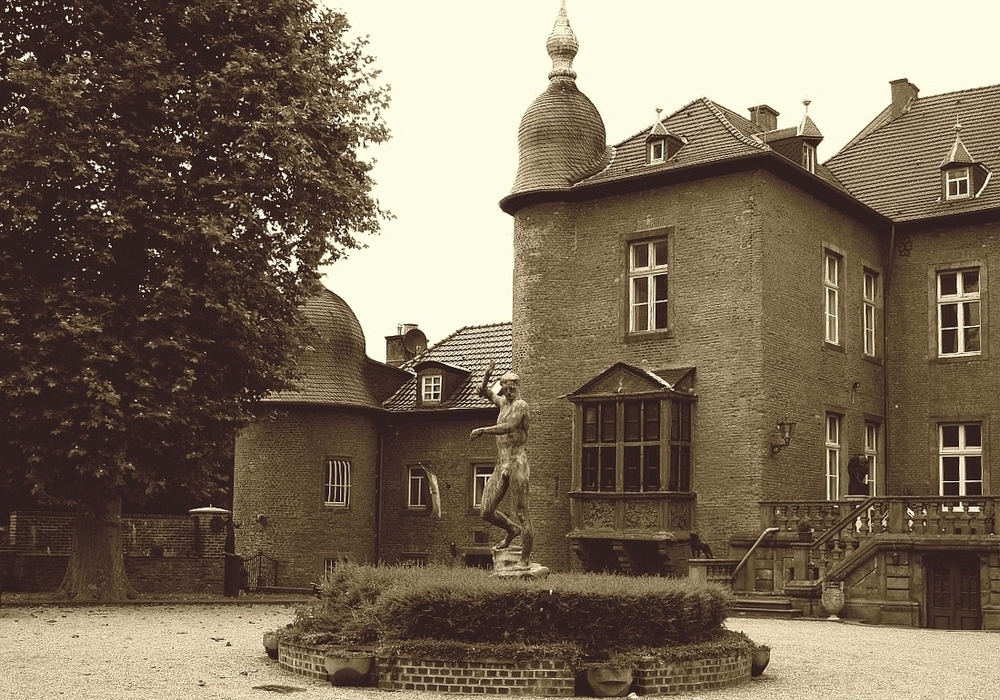 Over the years, in its capacity as a cultural institution, Schloss Nörvenich has played host to a variety of artists. Most notably, the castle housed the celebrated sculptor Ulrich Rückriem (who worked there from 1963 to 1971) and of course, the very first performance—as heard on the cassette Prehistoric Future—and recording studio of German rock group Can. 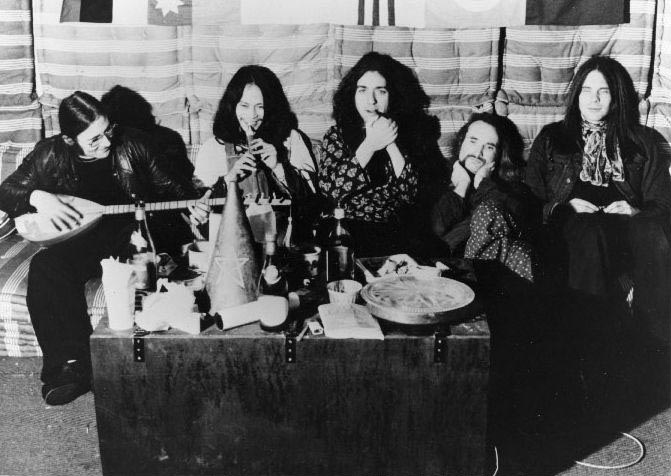 Can discovered Schloss Nörvenich through keyboardist Irmin Schmidt’s art-collector friend Christoph Vohwinkel, who offered them a room in the castle in which they could rehearse and record. What resulted was the first incarnation of the group’s fabled “Inner Space Studio,” a low-tech recording space that would eventually move into an old cinema in Weilerswist, and, in 2007, to the Rock N Pop Museum in Gronau.

Much of the music of Tago Mago is essentially recorded live in one room of Schloss Nörvenich. The group built within this room another room with irregular, angled wood walls in which they played with the tape recorder set up outside. From this arrangement, Holger Czukay notes on his website, Can came up with the name “Inner Space,” and in true Cagean fashion, the acoustic environment of the castle itself would also play a role in shaping Can’s sound. As Irmin Schmidt said in an interview with Sound on Sound:

“It had a huge entrance hall which actually was our reverb. It had an exceptional, beautiful reverb, so we were always putting loudspeakers into the hallway and using it as a reverb chamber.”

If you look up Schloss Nörvenich today, you will find a museum, an art gallery, a sculpture garden, a concert locale, and perhaps most interestingly, a highly popular wedding venue. And yet, while Can’s residency in the castle was short-lived (1968-1971), it is difficult to speak of Schloss Nörvenich without a footnote into Tago Mago—and vice versa.