We asked our delightful 33 1/3 Intern Danny to write about something in the music realm he felt passionate about, and he thoroughly schooled us on De La Soul. Enjoy! 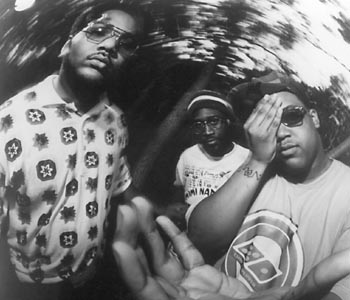 De La Soul is enjoying a fruitful 2014. Last month, the ever-creative Strong Island trio celebrated the 25th anniversary of their classic album 3 Feet High and Rising by making their entire catalog – including remixes, instrumentals, rare photos, and other goodies – available for free download during a swift twenty-five hour period. This month, we get two new mixtapes, as well as confirmation for a summer release of the aptly titled album You’re Welcome, their first full-length in ten years. 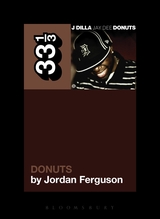 Meanwhile, last week De La Soul dropped “Dilla Plugged In,” a track from their first March mixtape, Smell The D.A.I.S.Y., which exclusively features beats by the late, great J Dilla (subject of Jordan Ferguson’s forthcoming 33 1/3 on his iconic Donuts). In this track, De La return to their very first single, “Plug Tunin'”, reworking the lyrics and paying homage to the producer they collaborated with for years, starting with the title track from 1996’s Stakes is High. The original “Plug Tunin'” is a classic (anyone unconvinced of De La Soul’s influential and innovative presence within hip-hop, just listen to the 12″ version of “Plug Tunin'” on 3 Feet High and Rising and compare it to pretty much anything else from the late 1980s), and Dilla nerds may recognize the beat on “Dilla Plugged In” as a mildly tweaked “Track 12” from Another Batch (a bootlegged circa-1998 beat tape) in all its Hall & Oates-piano-sample-glory.

Say what you will about the handling of Dilla’s vast arsenal of beats since his untimely death in 2006 – from posthumous releases across multiple record labels to what Madlib considers overt exploitation – but it’s hard to argue against De La’s Pos and Dave spitting over a Jay Dee beat, and “Dilla Plugged In” is truly a banger proving no different. If anything, the tidal wave of dedications, song covers, tributes, and general love for Dilla throughout the past few years is both unprecedented for a hip-hop producer and a testament to the evergreen sound of his music, and veterans De La Soul should be as welcome as anyone to build on the late producer’s legacy.

Later this month, De La will release another 6-song mixtape with two more production legends behind the boards – the increasingly collaborative Pete Rock and DJ Premier – entitled Preemium Soul on the Rocks. In the meantime, we here at Bloomsbury will be reviewing two different 33 1/3 proposals for De La’s superb sophomore album, De La Soul is Dead.

And finally, to rabid Dilla-heads and casual listeners alike: do be sure to pre-order Jordan Ferguson’s much-anticipated entry into the series, Donuts, coming out on April 24.
– Danny Cooper