Welcome to Dilla Week, in celebration of #93 in the 33 1/3 series, J Dilla’s Donuts by Jordan Ferguson (out now!). In the first of five posts, Ferguson addresses questions of authorial authority and the considerable legacy of Dilla’s life and work. 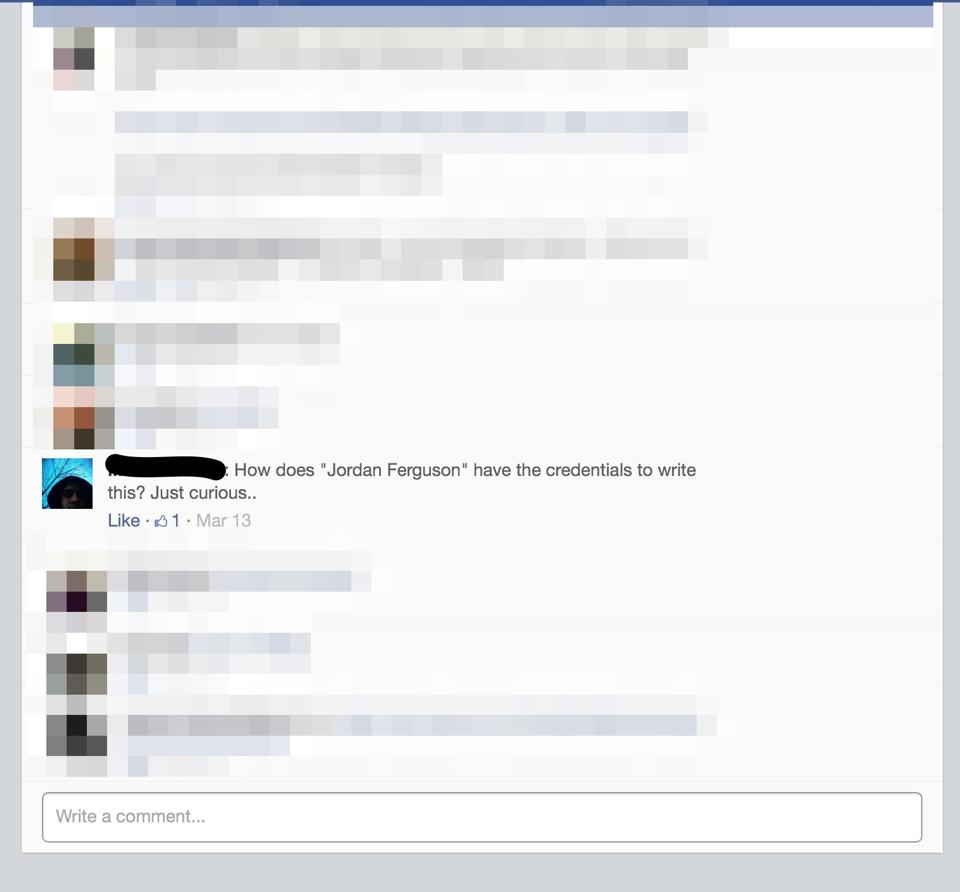 How does “Jordan Ferguson” have the credentials to write this? Just curious.
– Comment posted to the J Dilla Facebook page, March 13, 2014.

I can’t fault the guy for asking the question. Fans are notoriously protective of J Dilla’s legacy, and had I been in his position I likely would have asked the same. I particularly enjoy the quotes around my name, as though I’m some phantom created by The Man with the express purpose of tearing down the reputation of a beloved artist.

Truth be told, I have no credentials. Nothing you could put on a CV, anyway: a few years of clippings writing for small town papers, occasional columns for websites, a blog here and there. I’m just a 36-year-old Canadian hip-hop head who had some ideas about an album he loved and asked if he could write them down. Part of me is as surprised as anyone that I earned the opportunity, but it had been brewing a while.

I fell in love with hip-hop in the third grade, on the playground of Stella Maris Elementary School, in Amherstburg, Ontario, a town of 10,000 people across the river and 30 km south of Detroit. One of my classmates had Run-DMC’s seminal album Raising Hell in a tape deck during recess, and was playing their cover of “Walk This Way” over and over again. I enjoyed it, but it didn’t really leave an impression. It wasn’t until the kid got distracted and let the cassette rewind to the start of Side A and played “Peter Piper” that I froze where I stood. I don’t even know if I’d ever been consciously aware of “liking music,” at that age (maybe some Hall and Oates and “Axel F.” from the Beverley Hills Cop soundtrack), but something about the bells of that Bob James loop and how effortlessly the two MCs weaved in and out of the groove, extolling the skills of their DJ in singsong, nursery rhymed couplets captured my attention and left me enthralled. I had to hear it again, as soon as I could, much as possible. I pleaded with my classmate to let me dub a copy of that tape, which he gave me one night in which to do. I wore that dub out.

Since I grew up on a border town, most of the media I consumed originated from Detroit, one of the cultural centres of Black America. Add to that my family’s early adoption of cable TV giving me access to Muchmusic (Canada’s version of MTV, which showed rap videos on Soul in the City years before Yo!MTV Raps) and I was able to immerse myself in this new music with the sort of dedication normally reserved for bookish children. By the time I started high school, I was that kid wearing Oakland Raiders gear because that’s what Chuck D did, and drawing Five Percenter iconography on my math binder because I’d seen it in a Brand Nubian video. If I could have found an Africa medallion anywhere in rural Canada, I’d probably have rocked that, too. It would not have been a good look, but come on, I was twelve.

But by the time I hit my junior year of high school in the early-90s, rap had started crossing over into the mainstream and drawing a wider fan base among my classmates. I was not happy.

J Dilla always brought me back to my first love. Whenever I thought I was “over” hip-hop, that there was nothing there for me anymore, one of his beats would find me and remind me what an idiot I was.

Taken as part of the musical narrative of my adolescence, it makes sense. Authenticity was the primary currency of the 1990’s, and coming out of years of private communion with artists like Public Enemy, Boogie Down Productions and X-Clan, the party raps and gangster flexing of Biggie, Dr. Dre and Snoop Dogg left me cold; I didn’t feel like it was teaching me anything (rather, I was too young and dumb to realize that it was teaching me something different). The fact that the same kids who’d shoved me into lockers and called me a n****r lover for liking this music in grade school were now on the bus rapping along to “Gin N’ Juice,” and proudly proclaiming they didn’t love them hoes pushed me right out the door. Kurt Cobain was still alive and the Seattle rock explosion was in full swing so I did what thousands of irritable teenagers in small towns across North America did: taught myself an instrument and started playing around town in bands with my friends. I opted for drums. Couldn’t turn my back on beats entirely.

By 1995, Kurt Cobain was dead and took grunge with him. Swing bands rushed in to fill the void with some good timey pep after the drudge of the decade’s first half. The first tremors of the boy-band behemoth started to stir as the Backstreet Boys scored their first European hits, and I started university with musical tastes as directionless as my academic ambitions. A little acid jazz, a little punk, a little trip-hop; I was really into disco for a hot minute. Rap was still by and large off my radar, but one song managed to punch its way through.

The Pharcyde always prided themselves on not being what one expected from a California hip-hop crew. Their debut, Bizarre Ride II The Pharcyde is still a certified classic, a jubilant parade of youthful, bugged-out weirdness that was unlike anything being made on the West Coast or anywhere else for that matter. Their sophomore effort, Labcabincalifornia, faced some criticism for removing the more overt weirdness of their debut, but the first single grabbed me by the head and demanded my attention.

“Runnin’” was unlike anything I’d ever heard in hip-hop. The tempo was being kept by what sounded like twigs being thrown in an oil drum; an acoustic guitar loop ran throughout, a rare thing given rap’s fondness for bass and percussion; the drums were programmed seemingly at random, there was no set pattern to them: I learned to play the drums by playing along to records, and trying to play “Runnin’” was a nightmare, the kick drum was everywhere. I bought that album as soon as I could, and sat in a coffee shop listening to it on a portabe CD player and reading the liner notes (because I’m that guy). To my happy surprise, “Runnin” wasn’t the only good song on the album, there were at least five or six other bangers, almost all of them produced by someone named Jay Dee. That album was my first introduction to the music of James Yancey.

I wish I could tell you that Pharcyde album rekindled my love for hip-hop, but it didn’t. I was still playing in loud arty rock bands; I listened to a lot of Tool and Pete Yorn. It was a weird time. But once in a while a rap song would jerk my head around again. I’d hear the loungey bump of “Find a Way” by A Tribe Called Quest, the headsmacking drums on Q-Tip’s “Breathe and Stop” or the dramatic urgency of De La Soul’s “Stakes is High” and run out to buy the albums, never understanding at the time what it took me writing this book to realize:

J Dilla always brought me back to my first love. Whenever I thought I was “over” hip-hop, that there was nothing there for me anymore, one of his beats would find me and remind me what an idiot I was. By the time I moved to Toronto seven years ago and discovered that not only could I go out and hear this music that I’d loved so privately in my youth, but have conversations about it with like-minded people who grew up loving it as much as I did, I knew I had to catch up on everything I’d missed. I went through Slum Village, his work with Erykah Badu, Common and Busta Rhymes, and his later solo work like Ruff Draft and yes, Donuts. Dilla’s beats seemed to pull sounds I didn’t even know I wanted to hear out of my head and left me wondering how I ever lived without them.

That’s why I’ll always cherish the music he made above all others, because he reminded me what was best about an art form that always brought me more joy than any other, even when I was too stupid to just let it. Whatever “Jordan Ferguson” might lack in traditional credentials to write this book, never let it be said he wouldn’t bring passion by the truckload to the opportunity.
J Dilla’s Donuts is available on Amazon, at Bloomsbury.com, or wherever 33 1/3s are sold.