To celebrate the upcoming release of our 106th 33 1/3 on  Super Mario Bros., we’re pleased to bring you the fourth installment of Koji Kondo week by author Andrew Schartmann! Read an excerpt from the Chapter “Overworlds and Underworlds” below! 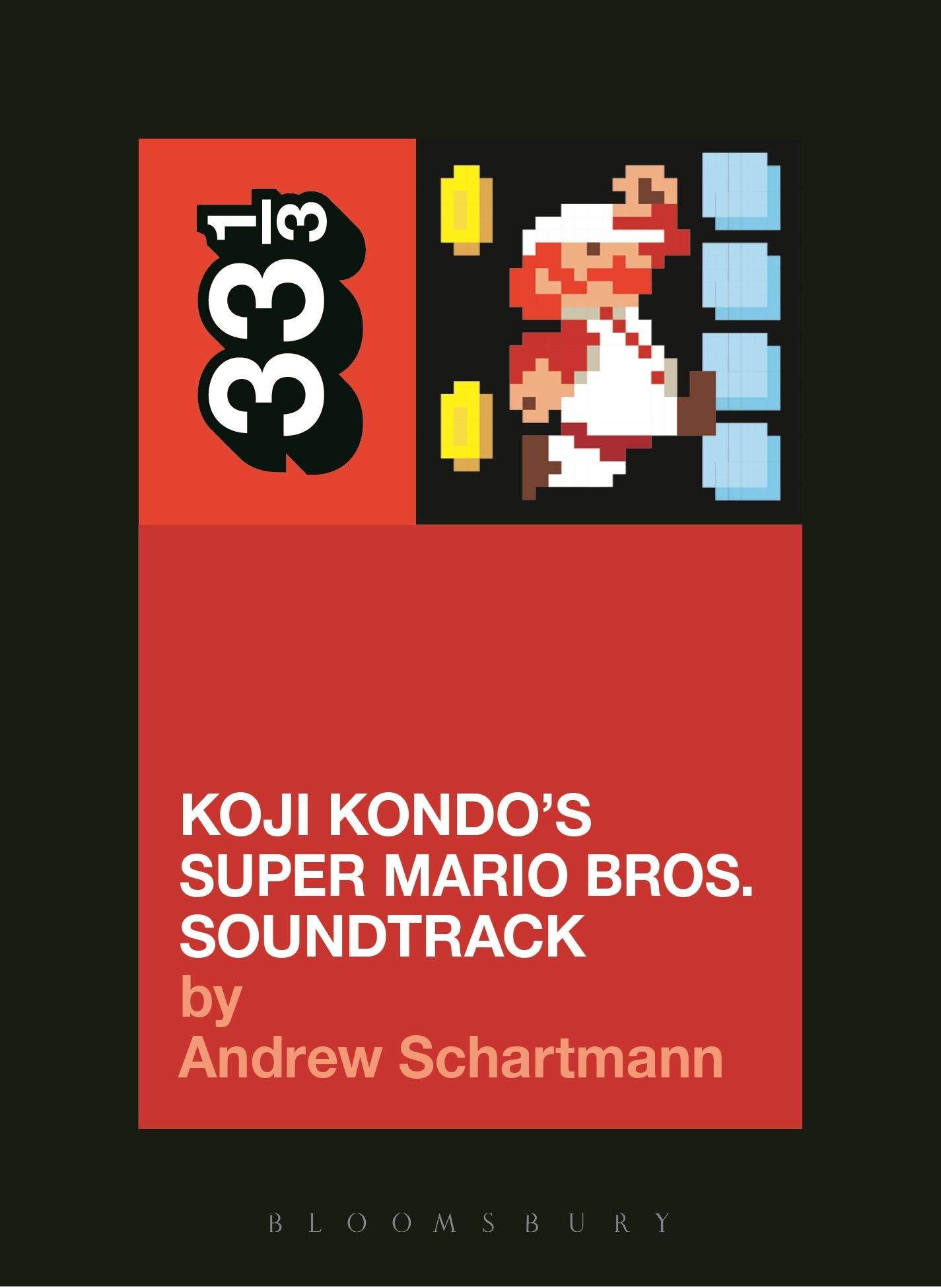 In contrast to a rhythm that plods along with dogged metronomic consistency, Kondo’s “Overworld” theme instills in us a strong desire to move. Yet as we saw, this movement is anything but stable; it’s actually quite erratic. So while the music’s major-mode and dance-like character embody the optimism and excitement of a new adventure, the off-kilter rhythm keeps us on our toes, reflecting the unease we all feel when jumping from platform to platform over bottomless pits. Far from being some fancy personal interpretation, this visceral engagement of the listener with the music is a direct reflection of Kondo’s compositional philosophy: “to create music for the experience that the player is having.” The idea that video-game music should provide more than a background distraction or atmosphere seems obvious to anyone who plays video games today. At the time, however, Kondo’s effort to bring together atmosphere, movement, and emotion was entirely new.

At a less abstract level, Kondo extended his creative vision to one of the more practical challenges facing early videogame-music composers: memory constraints. Because of the limited space devoted to sound, Kondo, like all video-game composers of the time, had to find a way to write repetitive music without driving the player bonkers. In general, solutions to this problem boiled down to creative uses of looping techniques—a different take on the commonly held view that technology forced composers to accept ad nauseam repetition as an inherent characteristic of game music. As video-game scholar Karen Collins argues, “while some choices may be predetermined by technology, creative composers . . . invented ways in which to overcome or even aestheticize those limitations.” She cites a fascinating example: Wally Beben’s music for the Commodore 64 version of Tetris (1988). Beben found a way to disguise loops by using a number of small musical cells in various combinations. Even though individual channels repeat material frequently, repetitions do not occur simultaneously in all voices. The result is both efficient and highly varied.

Collins’s analysis of the “Overworld” theme demonstrates another approach to looping structure. As she points out, Super Mario Bros. “is one of the few games to repeat alternate sections before the entire song loops at the macro level.” In other words, rather than creating a large-scale loop by stringing together a series of repeated sections in alphabetical order (e.g., ||: A A B B C C:||), Kondo incorporates out-of-order repetition (shown here in boldface) into his basic looping structure, which, for Collins, creates the following pattern: Intro ||: A B B C A D D C D :||. The effect is quite palpable: although “A” and “C” repeat within the loop, they always appear in a different context—like looking at the same object from different angles. This is not all Kondo does to save memory while creating interest. Each major block of music within the larger loop (e.g., A, B) contains its own memory-saving repetitions. Example 7 reproduces the B-section of the “Overworld” theme. If we designate a letter to each measure, the internal repetition becomes obvious: a b a c a b d e. Once again, Kondo recontextualizes previously heard passages of music, this time at a lower level of structure. These internal repetitions account for 72 percent of the “Overworld” theme, meaning that the 90-second piece contains just 25.5 seconds of unique content.

– from Chapter 2-1 “Overworlds and Underworlds”