Skip to content
You are here
Home > Article > Let’s Talk About Love by Carl Wilson: A NEW AND EXPANDED EDITION

Bloomsbury is thrilled to announce the publication of a new and expanded edition of Carl Wilson’s Let’s Talk About Love. Coming to a bookstore near you on March 13, 2014. 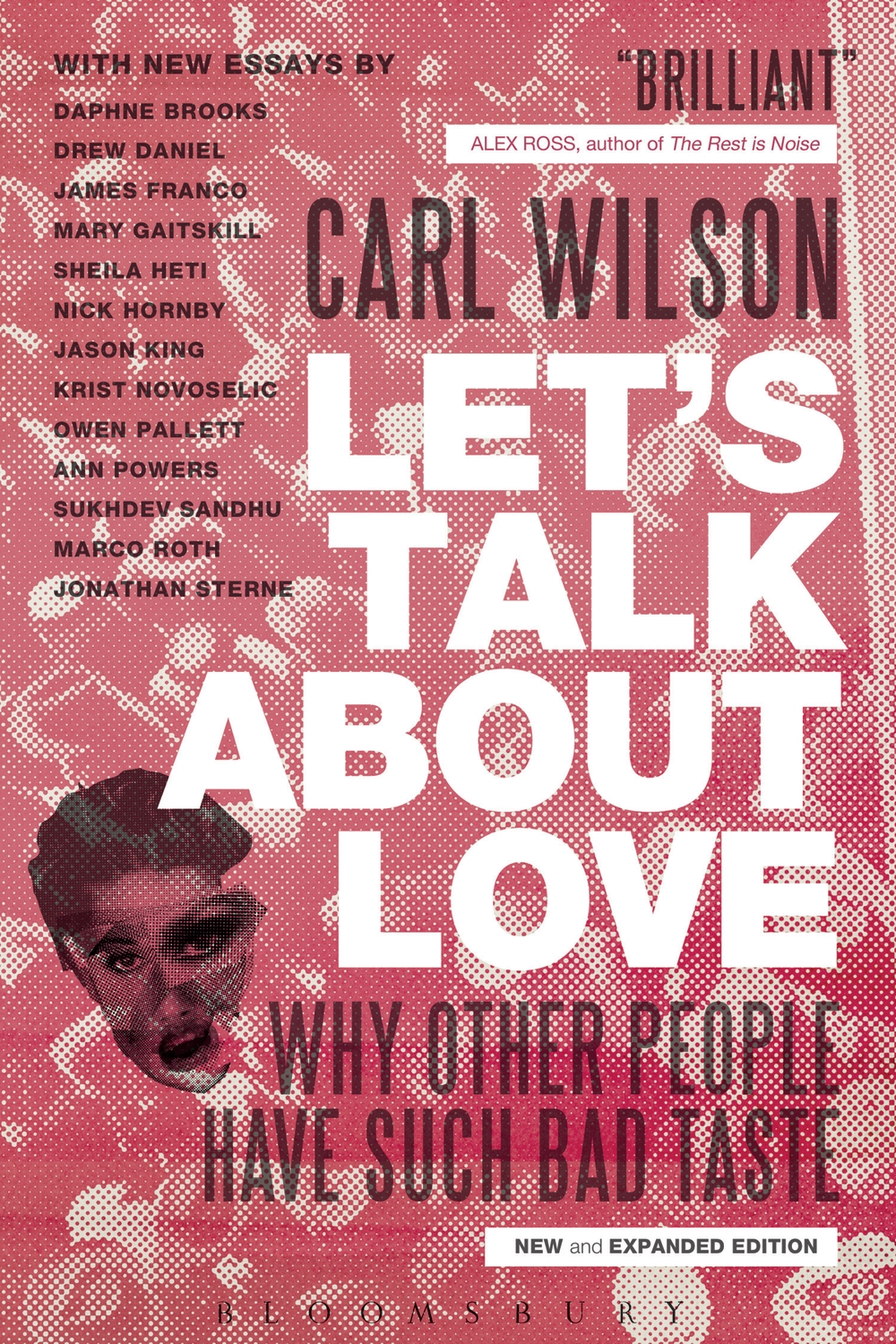 In 2007, Continuum published the fifty-second volume in the 33 1/3 series. Its title, Let’s Talk About Love: A Journey to the End of Taste, seemed to suggest that it would be a book about Céline Dion. But it turned out to be so much more than that. Let’s Talk About Love, or LTAL as we have fondly christened it at Bloomsbury, is a book that invites the reader to second guess the way they think about the things they love and the things they hate.

“Constantly interesting and thought-provoking…and I think he can teach us a few valuable things about criticism, for what it’s worth.” –  John Mulvey, Uncut, UK

“This erudite and eye-opening book attempts to explore not only Dion’s polarizing appeal but also the very concept of “taste.” Along the way, Wilson traces his loathing for Dion back to her Oscars performance alongside Elliott Smith, examines the meaning of “schmaltz” and Dion’s French-Canadian roots, meets her adoring fans, sees her Vegas show, reviews the album (it’s the one with that Titanic song), and analyzes theories on taste from David Hume, Immanuel Kant, and Pierre Bourdieu (turns out social distinction plays a big part). By the end, Wilson has set the blueprint for a kind of music criticism that “might put less stock in defending its choices and more in depicting its enjoyment, with all its messiness and private soul tremors– to show what it is like for me to like it, and invite you to compare.” In other words, let’s talk about love.” –  Pitchfork feature “Our 60 Favorite Music Books”

Given the great response, Bloomsbury and Carl Wilson decided to create an expanded, standalone edition. Part I is the original text of Let’s Talk About Love from the 33 1/3 series and Part II is a set of essays on the book’s themes contributed by a wide range of prominent writers, musicians and scholars.

Don’t worry, the original 33 1/3 version will remain in print.

Here is a peek at the Table of Contents.

PART II
Essays: This Is What We Talk About When We Talk About Love
Carl Wilson, “Introduction”
Nick Hornby, “The Artists We Deserve”
Krist Novoselic, “With the Lights On, It’s Less Useless”
Ann Powers, “If the Girls Were All Transported”
Mary Gaitskill, “The Most Obvious Thing”
Jason King, “Compared to What?”
Daphne Brooks, “Let’s Talk About Diana Ross (In Memory of Trayvon Martin)”
Drew Daniel, “Deep in the Game”
Sukhdev Sandhu, “Children of the Corn”
James Franco, “Acting In and Out of Context”
Marco Roth and the Editors of n+1, “Too Much Sociology”
Jonathan Sterne, “Giving Up on Giving Up on Good Taste”
Owen Pallett, “When I Come Home”
Sheila Heti, “Playlist: Let’s Listen to Love”

Party people in the press: Please visit our Contact Us to get in touch for more information.

0 Thoughts to “Let’s Talk About Love by Carl Wilson: A NEW AND EXPANDED EDITION”