For the 4th edition of our 33 1/3 Series Editor Q&A feature, we spoke with Daphne Brooks. In the interview below, Daphne talks about her role in the 33 1/3 series, what she looks for when reviewing book proposals, and also discusses a forthcoming book in the series, currently slated for publication in spring 2019.

I’m a professor of African American Studies, Theater Studies, American Studies, and Women’s, Gender & Sexuality Studies at Yale University. I teach courses in the fields of African American literature and culture, contemporary American popular music culture, black theater and performance studies, and race and critical theory. I’ve published a book entitled Bodies in Dissent: Spectacular Performances of Race and Freedom, 1850-1950 (Duke UP, 2006) which focuses on 19th and early 20th-century black performers and freedom fighters (“our earliest punk rockers,” as I like to refer to them). I’m also an author of one of the 33 1/3 volumes: Jeff Buckley’s Grace (2005). In addition, I’ve written about popular music and culture for various press outlets: The Nation, The Guardian, the Los Angeles Review of Books, Artforum, Slate, Pitchfork.com, Oxford American.

What are you reading or listening to right now?

The million-dollar question! Listening to: Cecile McLorin-Salvant and Rhiannon Giddens and Solange having seen each of them recently performing live in NYC, the new Gorillaz, the new Kendrick, the new Grizzly Bear, Jidenna, still addicted to Anderson. Paak and also the latest from Savages. One of my former students just gave me a heads up about Moor Mother. And Bowie and Prince and Nina Simone and Odetta remain on repeat play in our household. Summer reading list: Colson Whitehead, The Underground Railroad (finally!), Tracy K. Smith, Ordinary Light, Ann Powers, Good Booty: Love and Sex, Black & White, Body and Soul in American Music, Michael Chabon, Telegraph Avenue (as a Berkely-ite it’s my duty to finish), George Saunders, Lincoln in the Bardo, Brent Edwards, Epistrophies, Lauren Graham, Talking as Fast as I Can (Gilmore Girls fanaticism cannot be contained), and on repeat play: Alex Ross, The Rest is Noise (always instructive!), Barack Obama, Dreams for My Father (which I’m hoping to re-read with my 91 year old mom!), and lots of Lorraine Hansberry and James Baldwin (for an upcoming class I’ll be teaching).

What are some of your favorite books in the series?

Who doesn’t love Carl Wilson’s classic? For me, it reads as one of the best confirmations of what feminist, queer, and of-color rock critics have been arguing for some time now: that pop music taste and pop canons are subjective and shaped by multiple, intersecting identity formations. I also still very much appreciate Warren Zanes’ volume on Dusty in Memphis since it’s one of the earliest entries to model an ambitious exploration of socio-historical and cultural contexts informing the music in question. Daphne Carr’s volume on Nine Inch Nails’s Pretty Hate Machine is a brilliant and thrilling example of this kind of an approach. I’m excited about Emily Lordi’s new book on Donny Hathaway Live as well. There are so many classic soul albums from this era that deserve special attention! Very much hoping that Lordi’s work will continue to open the door to other volumes of this kind.

Before David Barker launched this series, extended studies of pop albums were rare. What I love about the very best 33 1/3 volumes is that these works encapsulate a combination of illuminating, critical rigor about the music while also offering a particular angle on the affective power of a given album. Given the fact that popular music culture continues to operate as site of catharsis and communication, the place where our most powerful feelings, deepest intimacies and desires are audible, it’s often moving to see the ways that various authors provide us with beautifully-rendered narratives about their connections to the music. Nevertheless, the most compelling books in the series are able to do this, in my opinion, while also thinking in daring and expansive ways about history, politics, and the cultural conditions in which an album emerges. I’m thrilled to work with authors to shepherd these kinds of projects forward. I’m also especially interested in seeing the series continue to forge an inclusive vision in terms of the types of pop genres and artists covered and the kinds of voices who get to tell stories about the music.

What do you look for in a proposal?

Intoxicating prose that conveys and thinks carefully yet adventurously about the importance of the music. I’m also drawn to proposals that showcase an author’s ability to tell a good story about the album in question and that thinks seriously and rigorously about history, politics, culture, sociality in relation to the artist and her/his/their recording. In my opinion, there’s no escaping the racial, gender, class, regional and sexual politics of American popular music culture—it’s always there whether we choose to acknowledge it or not. And so I’m looking for proposals that recognize the richness of these factors in relation to whatever albums are being proposed.

Tell us a little bit about the new titles you chose for the series. What drew you to them? 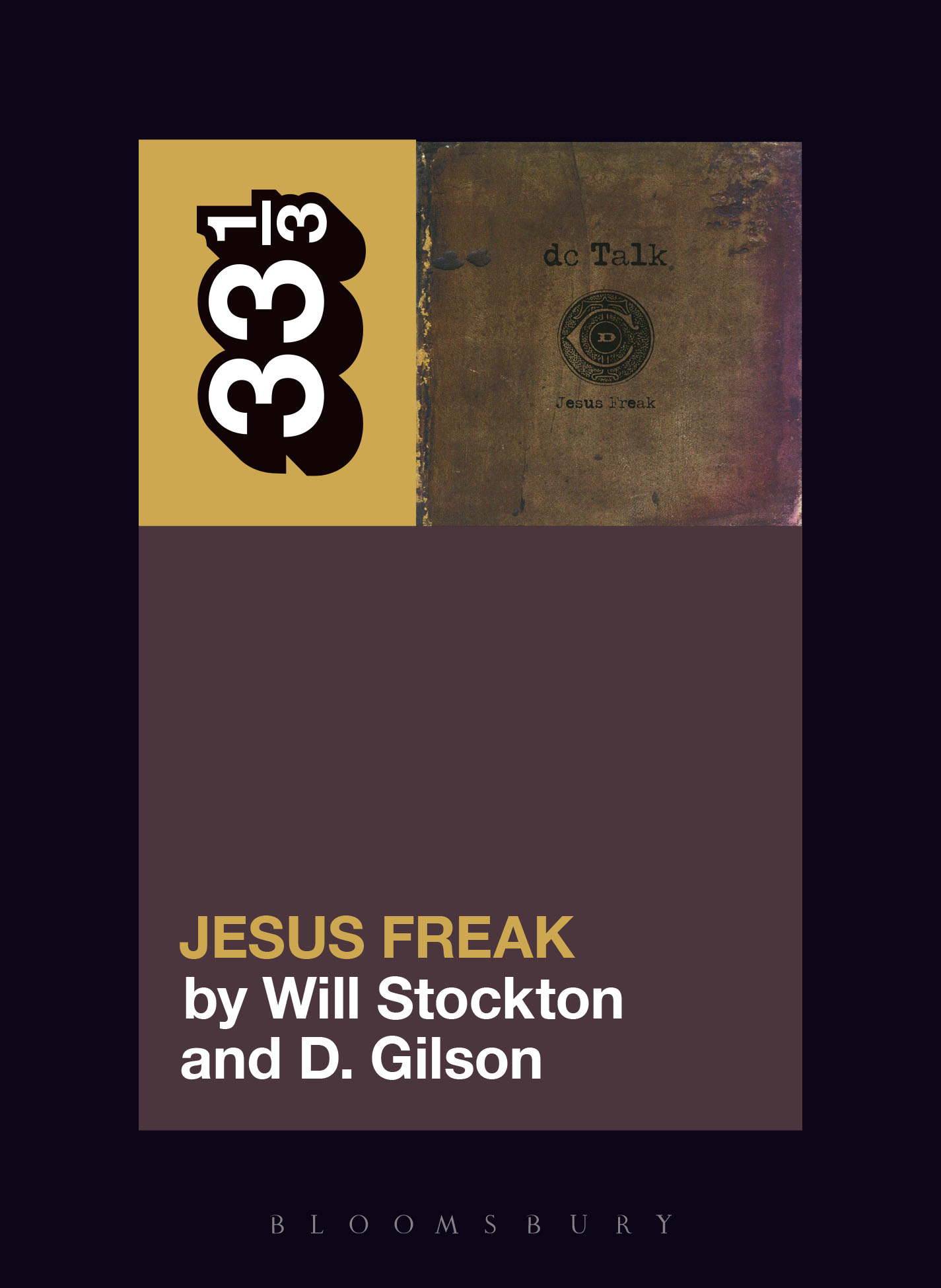 I’m very pleased to announce that Will Stockton and D. Gilson are the co-authors of a forthcoming volume on DC Talk’s Jesus Freak album that makes a case for considering how religion has shaped and informed contemporary popular music culture in ways that have been largely overlooked by rock critics, historians, and cultural studies scholars. Stockton and Gilson’s book aims to tell a story of the religious right, evangelism, late Reagan era conservatism, and the ways in which the wildly successful Christian rap group DC Talk drew on Gen X popular music cultural aesthetics and hip hop in particular to “revolutionize not only the sound of evangelical Christianity, but also the affect of the Church…” (20). Can’t wait for this! Another project that’s currently under wraps while in development will focus on the cast album for one of the biggest Broadway shows in recent years, and it’s set to be authored by a major figure in the theater world. Stay tuned…