Skip to content
You are here
Home > Posts tagged : Eurodisco" 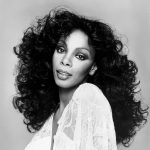 In Funk: The Music, the People and the Rhythm of the One, the music ethnologist Rickey Vincent (1996) decries Eurodisco productions for a lack of a cohesive musical song dramaturgy. They were, he says, “producer-made tunes” generally lacking in a sense of sequence, i.e. beginning, build-up, catharsis, release. They relied instead on being simple and catchy enough “to bring rhythmless suburbanites and other neophytes flocking to plush dance clubs at strip malls from coast to coast”. By song dramaturgy, what he is actually talking about, rather than story told through lyrics, is a kind of narrative structure that might be found purely in the music instead.