Today, we’re happy to bring you a Q&A with Rolf Potts, who will be writing the upcoming 33 1/3 on The Geto Boys! 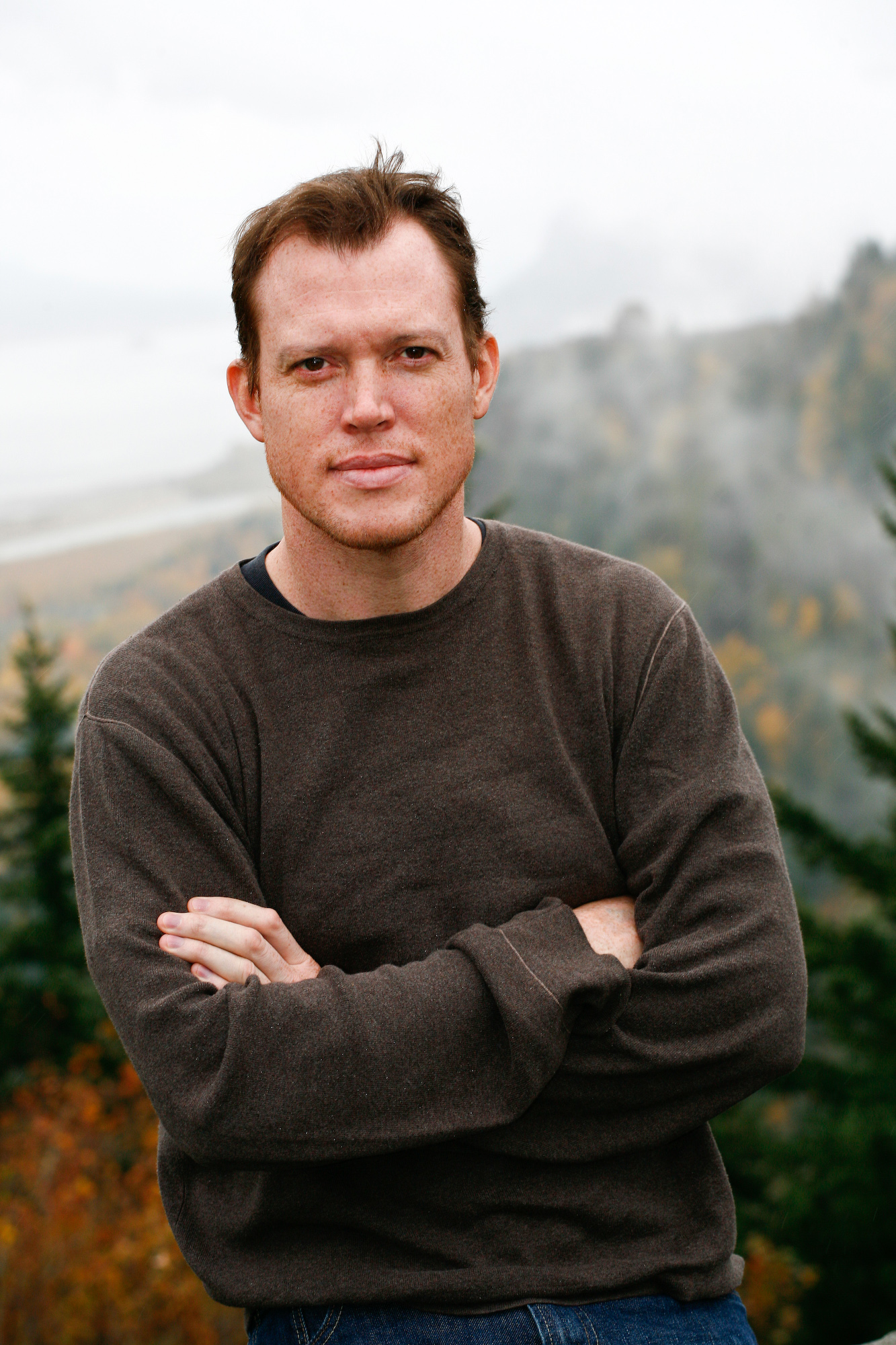 Rolf Potts is a journalist, essayist, and travel writer who has reported from more than sixty countries around the world. He is the author of two books, Vagabonding, and Marco Polo Didn’t Go There. His writing has also appeared in venues such as The New Yorker, The Atlantic, National Geographic Traveler, Salon.com, Slate.com, Sports Illustrated, The Best Creative Nonfiction, and The Best American Travel Writing.

His adventures have taken him across six continents, and include driving a Land Rover across the Americas, piloting a fishing boat 900 miles down the Laotian Mekong, and traveling around the world for six weeks with no luggage or bags of any kind. His research for 33 1/3 took him to Fifth Ward, Texas, the inner-city area northeast of downtown Houston that gave rise the Geto Boys and their pioneering gangsta rap sound.

I discovered The Geto Boys in college, and I became obsessed with its demented depiction of life in Houston’s Fifth Ward. At the time I was also a fan of Nirvana, a band whose Nevermind album has curious parallels to The Geto Boys. Both albums were major-label debuts by acts that had first been signed by regional indie labels (Seattle’s Sub Pop, Houston’s Rap-A-Lot), and both explored themes of rage and nihilism, albeit from different ends of the tonal spectrum. Perhaps most significantly, both Nevermind and The Geto Boys demonstrated that young men from backwaters like Aberdeen, Washington and Fifth Ward, Texas could tweak the stagnated assumptions of the rock and rap establishment and help nudge popular music into edgier new directions. Though Nevermind was probably more influential to my musical tastes than The Geto Boys, I never considered visiting Aberdeen. Grunge music was by definition an expression of the Pacific Northwest, but it wasn’t necessarily about the Pacific Northwest. Hip-hop, on the other hand, depicted sense of place with street-level specificity. Just as previous generations of young men had read swashbuckling pulp-travel narratives and dreamed of seeing Borneo or Siberia, I listened to the lurid lyrics of the Geto Boys and grew intrigued with the world behind the world they described.

After graduating college I worked as a landscaper in the Pacific Northwest for one year to save money for an eight-month van trip around North America. Seeing Houston’s Fifth Ward was my main impetus for stopping in Texas, and the experiences I had when I arrived there tweaked my assumptions in a complicated way. My book started out as an inquiry into why The Geto Boys inspired me to take that journey.

Describe for us the process us the process of coming up with and pitching your 33 1/3. Did anything surprise you? Did you start with one idea and end up with another? Be as specific and detailed as you’d like.

Over the years, amid my travel writing and international journalism work, I’ve been chipping away at a coming-of-age memoir, tentatively entitled How I Ruined the 1990s. This project is an exploration into how difficult it can be to appreciate what’s happening around you when you’re young and you constantly feel like you might be better off someplace else. When grunge was breaking in Seattle, for example, I was living near Portland and wishing I could go see Nirvana at the OK Hotel instead of driving in to Burnside Street for another Heatmiser show at the X-Ray Café. I loved Heatmiser, don’t get me wrong, but that wasn’t the point; I wanted to be a part of the zeitgeist. Little did I know that Heatmiser’s singer-guitarist, Elliott Smith, was a few years from becoming a rock icon in his own right. In retrospect, of course, watching Heatmiser live in 1992 was far more significant than seeing Nirvana that same year; still, I spent those shows vaguely concerned that I was in the wrong place. How I Ruined the 1990s humorously explores this misguided sense of angst in a number of different settings over a nine-year period.

Initially I figured my experience with The Geto Boys and Fifth Ward would become a chapter in that memoir, but once I learned about the 33 1/3 series I realized that it would work better as a short book of its own. And as I developed the raw idea into a proposal, I realized the book wouldn’t really be about my own experiences; it would be about how The Geto Boys was emblematic of a certain moment in cultural history, when rap was outgrowing its New York-centric creation myth and becoming a truly national music that would replace rock as the sound of youthful rebellion and creative expression.

As I mentioned before, my window into the world of the Geto Boys hinges on a specific journey to a specific part of inner city Houston more than twenty years ago. Hip-hop scholar Tricia Rose has described white consumption of commercial rap as “ghetto tourism” — and my youthful journey into the Fifth Ward could be seen as a literal manifestation of that complicated notion. But the ways in which gangsta-rap narrative informs the white imagination is just one aspect of how, by the early 1990s, a more complex sense of place was becoming central to the hip-hop dialogue. The Fifth Ward doesn’t just stand apart from white America, it’s a place distinct from the South Bronx and Compton; it’s a place of bayous and rotting shotgun houses, of wild-dog packs and street-specific slang. So, while much of the book is given over to how the music on The Geto Boys (and its source album, Grip It! On That Other Level) came into existence, a Houston-specific inquiry into sense-of-place underpins the whole narrative.

Another thing that makes The Geto Boys distinctive is how spectacularly vulgar and violent and offensive its lyrical content is. I’m going to examine how the Geto Boys’ depiction of violence shares a moral core with American gangster movies, and how the group’s explicit sexual imagery has parallels in bordello ragtime songs that predate it by 80 years.

The first 33 1/3 book I read was Gillian G. Gaar’s In Utero, which I appreciated for its no-nonsense reportorial approach in describing how that album was created. My favorite 33 1/3 titles, like D.X. Ferris’s Reign in Blood and Christopher R. Weingarten’s It Takes a Nation of Millions to Hold Us Back have a similarly comprehensive approach. In terms of pure enjoyment of reading, I’m a fan of Joe Bonomo’s Highway to Hell, which inspired me to burn off countless hours watching old videos of AC/DC on YouTube.

I went to my first concert at age 13, when I attended a Kansas Coliseum arena show by Petra, which was the early-mid 1980s Christian equivalent of the rock band Journey. I didn’t listen to that much Christian rock, but I liked Petra’s songs, and an older kid at my church had tickets. Christian rock fans could be very earnest in their desire to emulate prevailing pop culture; I remember a bunch of well-scrubbed Wichita kids holding up cigarette lighters when the band came out to perform an encore rock-ballad that was based on the teachings of John 16:33.

I listened to classic-rock radio at the time, and I dug Van Halen and Ozzy and AC/DC. You didn’t hear much rap on the radio back then, but it was very much a part of youth culture, even in Wichita in the mid-1980s. I remember my junior high classmates taking great delight in the UTFO versus Roxanne Shanté rivalry — and even my pubescent metal-head friends delighted in quoting Rock Master Scott & the Dynamic Three’s “The Roof is On Fire.” (One must never underestimate the power of profane lyrics on the enthusiasms of 13-year-olds.)

Since I spend a good portion of each year traveling, most all of my music is in MP3 form.

In 1990 the Geto Boys were all about asserting themselves — not only as legitimate hardcore rappers who didn’t need to be from New York or California to succeed, but also as artists who reserved the right to say whatever the fuck they wanted to say in an era when moral busybodies from both sides of the political spectrum were trying to silence groups like N.W.A. and 2 Live Crew. The first track on their album, “Fuck ‘Em,” sums this up succinctly:

Fuck those unknown motherfuckers
With a ten-foot pole they can’t touch us
Before the Geto Boys came around
You can’t front their clout, H-Town was no town
Yeah we know you still a skeptic
Cause we ain’t kissin’ no goddamn ass to be accepted
And if you waitin’ on that to happen sucka
You’ll be a waitin’ motherfucker