Skip to content
You are here
Home > Article > Back to School sale – 30% off all new and bestselling music books!

Just one week left in Bloomsbury’s September sale! Prepare yourself for another grueling semester by filling your brains with interesting facts on the sounds that surround you. Find yourself examining your summer spent at Coachella a bit differently with The Pop Festival, or discover how a once belittled record label evoked the ultimate revenge by securing indie popularity with Popkiss. And remember – all of these titles are 30% off!

Popkiss: The Life and Afterlife of Sarah Records 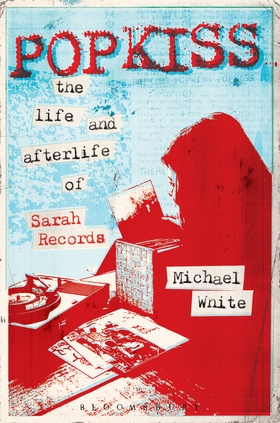 Popkiss tells both a tragic tale of a scorned record label and its posthumous ascension to musical immortality. Join author Michael White as he deftly navigates both rumor and legend with the first authorized biography of England’s Sarah Records. White offers interviews with key players and eyewitnesses that reveal the fascinating life (and afterlife) of the ultimate musical comeback.

“Fascinating … [A] detailed history of the cult Bristol-based indie … [White] puts forward a strong case for its worth.” – MOJO

“White’s book offers a series of discrete essays, each one covering a different theme or particular band … [Its] intriguing chapters explore the non-musical idiosyncrasies that made Sarah unique.” – The Wire

Beyond No Future: Cultures of German Punk 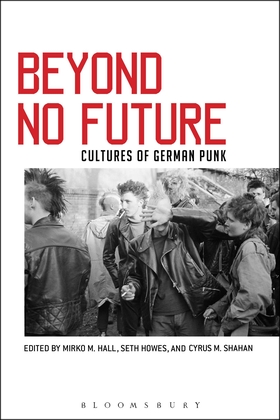 Explore the German punk culture and decode the roots of the German punk movement with authors Cyrus M. Shahan, Seth Howes, Mirko M. Hall. By studying German art, urban landscapes, and youth culture, Shahan, Howes, and Hall bring illumination to a previously unexplored lifestyle of the young men and women who ascribe to a futureless path.

“This book does a wonderful job of both contextualizing punk’s place within German history and showing how punk musicians worldwide have engaged with German history and politics.” – Priscilla D. Layne, Assistant Professor of German, University of North Carolina at Chapel Hill, USA 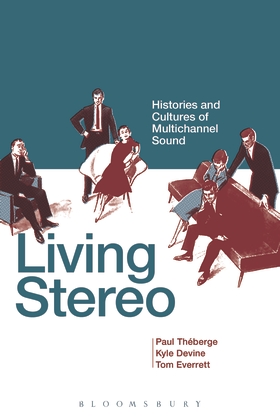 This groundbreaking book uncovers the vast amount of work that has been required to make stereo seem natural, and which has been necessary to maintain stereo’s place as a dominant mode of sound reproduction for over half a century. With contributions from leading scholars across several disciplines, Living Stereo re-tells the history of twentieth-century aural and musical culture through the lens of stereophonic sound.

“This timely, rich and compelling book traces the staging of auditory perspective and experience in stereo sound at home, the concert hall, the cinema and beyond. It situates stereo sound so carefully in historical and contemporary cultures of science, commerce and listening that the book is itself a “sweet spot” in studies of sound and music.” – Karin Bijsterveld, Professor of Science, Technology & Modern Culture, Maastricht University, Netherlands 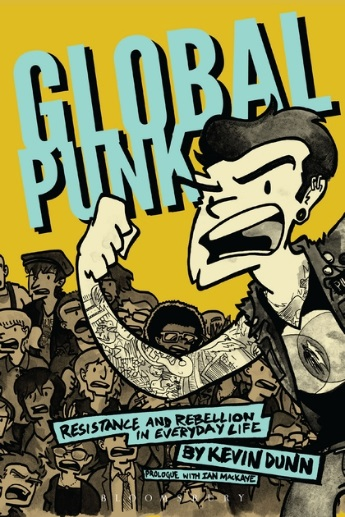 Discover more about your favorite genre’s origins with Global Punk. Author Kevin Dunn investigates both the political and personal effects of this powerful genre by tracing the history and culture of DIY punk.

“I’ve been waiting a long time for a book that tackled punk in all its complexity both on a global and local level and finally, Kevin Dunn has done it. In Global Punk, Dunn doesn’t come across as a dispassionate observer, but an active participant in a very real and living resistant subculture, one that still resonates across the world. By reminding us how vital punk still is on a day to day basis, Dunn has created a book that truly inspires and reminds us why punk still matters and why we should never give up the hope of positive change.” – Brian Cogan, Molloy College, USA, and author of The Encyclopedia of Punk (2010)

The Late Voice: Time, Age and Experience in Popular Music 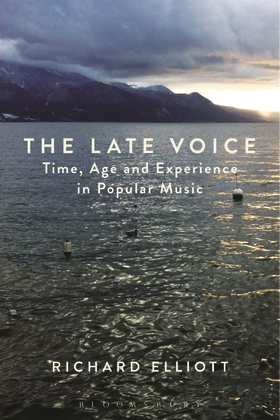 Explore the time, memory, innocence and experience in our modern music. Author Richard Elliott examines the singers’ and songwriters’ “late voice,” or the effect of ageing and the experience of later stages of life with performers and performance of mid-late twentieth century popular music. Discover how your favorite singers and songwriters, such as Frank Sinatra, Leonard Cohen, Bob Dylan, Joni Mitchell, and Neil Young crafted some of their finest work with their Late Voices.

“Engagingly written, carefully thought through, and characterised by exemplary scholarship, Richard Elliott’s book navigates with great elegance some complex theoretical waters. Through a selection of rich case studies, Elliott offers a powerful contribution to a growing body of work on ageing, nostalgia, and memory, particularly in relation to music.” – Freya Jarman, Senior Lecturer, Department of Music, University of Liverpool, UK

“This thoughtful intervention to the interdisciplinary area of popular music and ageing brings sustained critical attention to the aesthetic concerns of the ‘late voice’ by offering a range of distinctive case studies of singers, songwriters and songs. The result is an impressive synthesis of theory and analysis that bridges popular music studies and traditional musicology as an approach to understand music, ageing and experience.” – Ros Jennings, Director of the Research Centre for Women, Ageing and Media, University of Gloucestershire, UK

Into the Maelstrom: Music, Improvisation and the Dream of Freedom 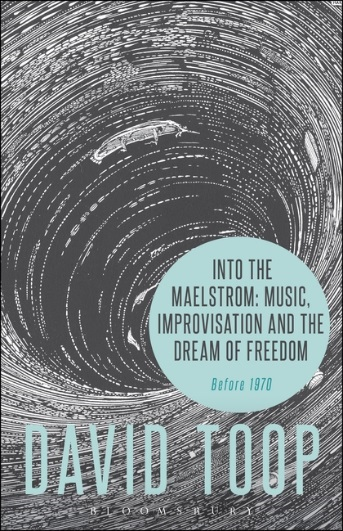 David Toop offers one of the most in-depth explorations of spontaneity in music. Join the author as he traces the roots of improvisation, from improv groups of the 1960s to jazz that embraced and rejected a stream-of-consciousness sound, and discover the lingering effects of improvisation in your favorite rock music of the 1960s and 1970s.

“Maelstrom indeed … [This] is an encyclopedic vortex of musicology, memoir and speculative extemporisation on the nature of improvisation and freedom in music … crammed with detail and fascinating observations … A captivating reading experience that perfectly embodies its subject in form.” – The Wire 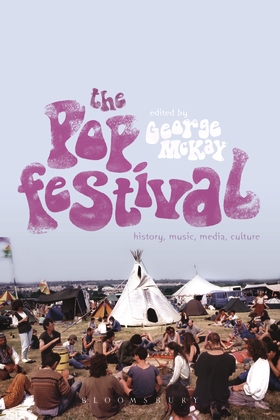 Like Bonnaroo? Or prefer Glastonbury? Join George McKay as he delves into the culture of everyone’s favorite summertime adventure, the music festival. From a starry night of rock to non-stop musical mud fests, follow McKay as he looks deeper into the musicology, sociology, and history that drives our love of these magical, musical festival.

“For any student of the social, political, and cultural impact of the festivals [this is] a five-star treasure trove of ideas, joining-up disparate elements of society and contextualising the festivals within that background … An important study.” – Record Collector

“The Pop Festival is the most comprehensive collection explaining the underlying nature of music festivals. From humble beginnings of community folk festivals to political movements and to the evolution of the EDM festivals of our time, there is something that will intrigue everyone in here. The essays are each fairly short with their own distinct tone and voice, so each story and era feels self-contained. Yet, they weave together a vivid story of where we’ve been, with eyes on where we are now.” – SLUG Mag 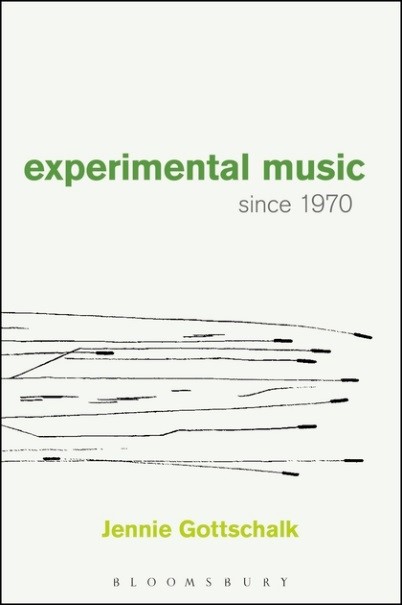 Join Jennie Gottschalk as she offers a new insight into experimental music and explores how experimentation is a way of working. Gottschalk pushes past that which is known to discover new knowledge, forms, and relationships and demonstrates how craft for composers and sound artists is developed and transformed in response to the questions they bring to their work.

“We have needed a reformulation of what experimental music now means, i.e., what has become since Michael Nyman took stock of it in 1974-and this book beautifully fulfills that requirement. Jennie Gottschalk takes a fresh and independent look at experimental music of the last forty years, finding both points of continuation from the previous era and many novel and heartening developments. It is also an adventure story with surprising twists and a panoramic cast of characters, like a novel in which works and ideas are the central figures, seemingly with a collective life of their own.”  – Michael Pisaro, Composer and Faculty Member, Composition and Experimental Sound Practices, California Institute of the Arts, USA

One Thought to “Back to School sale – 30% off all new and bestselling music books!”