Better Know a Bookseller is a new feature on this blog where we’ll introduce one of our wonderful stockists. Previously we have covered Harvard Book Store, Papercuts J.P., Skylight Books, and Subterranean Books. Publishing this series is only half the battle, and the booksellers in these stores all over the world really help keep us alive. If you are a bookseller or know of a store near you that stocks 33 1/3 please get in touch! 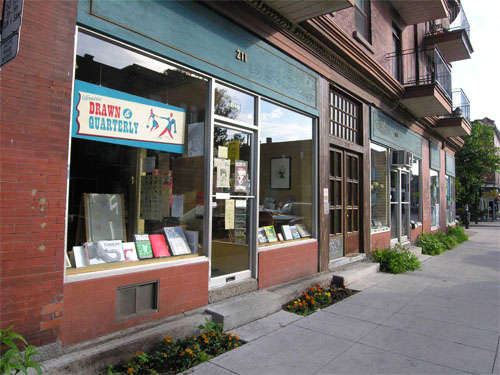 Answers by Tom Devlin, executive editor of Drawn and Quarterly.

1. Where is your store located?

We’re in the heart of the Mile-End neighborhood in Montreal. It’s kind of the English hipster neighborhood but also very diverse—lots of Francophones, Hassidim, Immigrants, all ages.

2. Describe who is in your store at 5pm on a Tuesday. What are they buying?

The store is a block away from my daughter’s elementary school so sometimes it’s a meeting place for her and her friends to look for the newest Raina Telgemeier book or possibly one of the French serial novels La Vie Compliquée by Léa Olivier. Like any bookstore, we have our regular browsers looking at the new releases on Tuesday to see if anything catches their eye.

3. Describe your most memorable customer interaction.

It’s been years since I’ve worked on the floor of the store but I did work a few shifts eight years ago when we opened. One day we had a $0 sales day. I hold that record. I got a lot of fix-it work done that day. My favorite customer interaction is also a rock story. Early on we held our staff Christmas party in the store. We left the door unlocked figuring if people came in why not let them shop since we were all there anyways. Late in the evening, Win and Regine from Arcade Fire walked in and browsed around and Win finally bought a book. I still remember what it was but I will keep the confidentially of my customers.

4. What was your favorite book/record store to visit growing up?

I grew up in the Boston suburbs. My mom was (and still is) the town librarian. I spent hours there after school. Later I would travel into the city to buy comics—Million Year Picnic and Newbury Comics in Harvard Square were my favorites for years, eventually I ended up working at both. When I worked in Harvard Square I would routinely visit Wordsworth (now gone) and The Harvard Bookstore. My favorite bookstore to browse back then was the Grolier Poetry Book Store—all poetry, so crowded and beautiful and inches from the Harvard campus.

5. What book or record sells very well but also makes you cringe?

Once you own a bookstore, I don’t think you find any book cringe-worthy. You’re just happy seeing people enthused about coming into your store and finding the books they want.

6. What book or record doesn’t sell well but deserves much more attention?

I’m repeatedly told by the staff whenever I mention a book I’m interested in “oh, that doesn’t sell.” On this list, Gormenghast series by Mervyn Peake or anything by Charles Willeford.

7. If an anonymous donor gave you 1 million dollars to use expressly to invest in your store what would you do with it?

8. What is your favorite time of day in your store?

The store is near my house (two blocks away—this is our tiny neighborhood) so sometimes I drop by after dinner. That’s a nice time. In the summer, it’s cooled down and you see some families out browsing while taking a post-dinner walk.

It’s a tie between two books. First, The Byrd’s Notorious Byrd Brothers by Ric Menck; I think this one succeeds because his enthusiasm for that record is so infectious. He really sells it as a masterpiece. Second would be my fictitious Hole’s Live Through This (I know someone else already wrote this) which would just be an excuse to write about that time that Kurt Loder was interviewing Madonna on MTV and Courtney Love started heckling them and throwing things at them.

11. What does the future look like for your store?

The store has really been strong the last few years. It finally feels like this is going to work. We’re lucky that we opened in just the right place at just the right time. Hopefully one day we can expand. It’s getting pretty tight in there now. And we’re planning to do more and more events. More authors visiting the store. 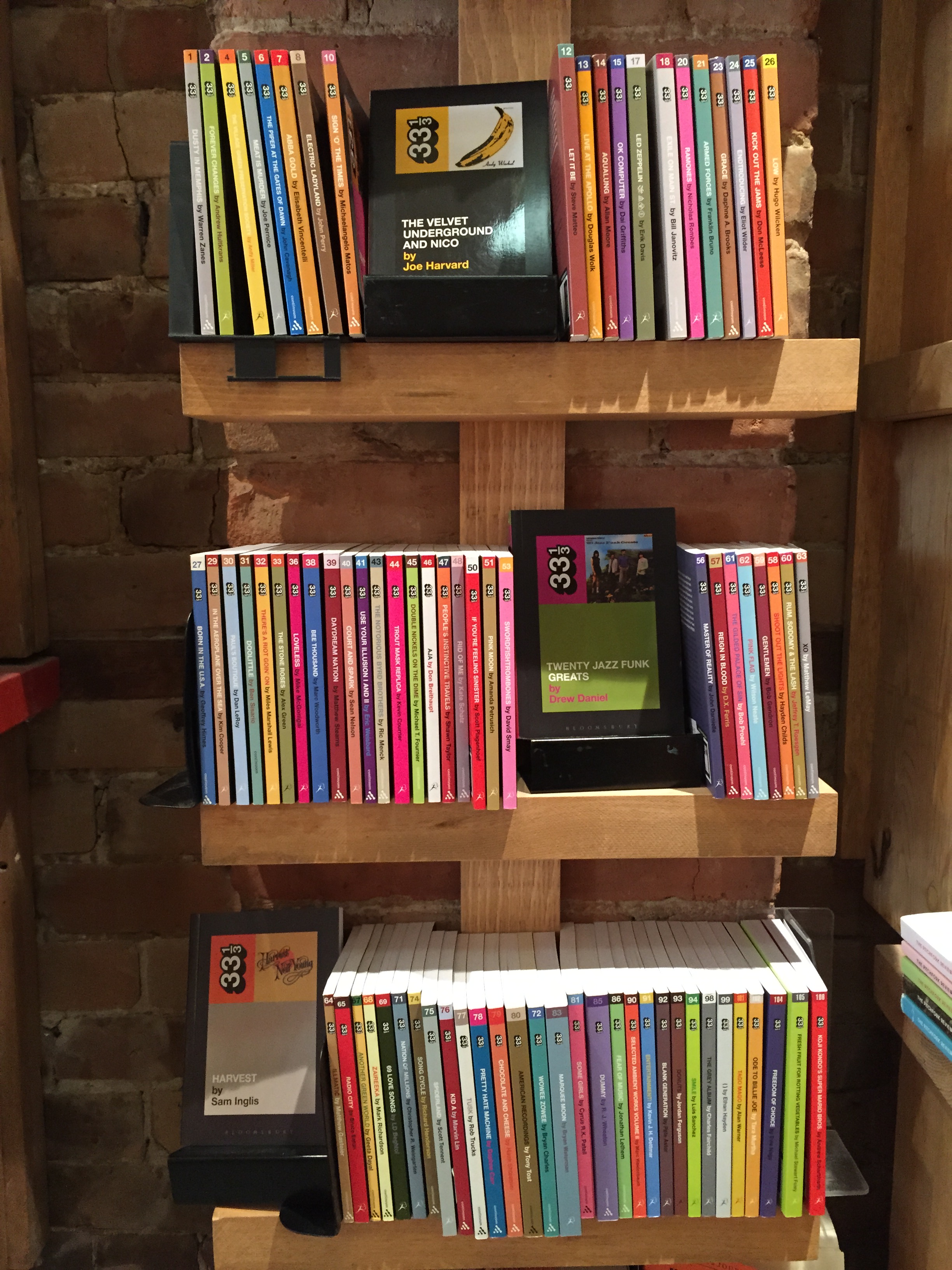