Welcome back to Let’s Talk About Love Week. One of the best things to come out of the original release of LTAL back in 2007 was the profound effect that Carl’s writing had on other arbiters of taste (ie: other cultural critics, academics, and music fans). The book has always inspired a lot of meaningful unpacking and analysis, which is one reason why we thought an expanded edition with other essays made a lot of sense. The re-release has, unsurprisingly, started generating similar hubbub, with coverage on Carl and his work traversing the internet. Prepare ye thine clicky fingers; it’s linkbait time: 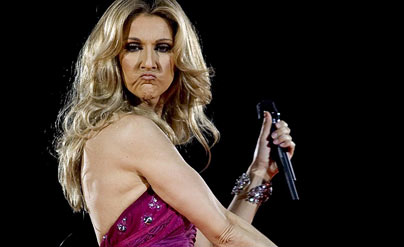 1. Carl’s home base, Slate, has excerpted Mary Gaitskill’s fabulous essay, “The Easiest Thing to Forget” from the new edition.

2. Bookforum spoke to Carl at length about the new edition, touching on, among many other things, the concept of “post-taste.” As Carl puts it, he wanted to revisit his 2007 book in order to address massive shifts in the taste landscape:

“A lot of the twentieth-century taste categories that the book contends with (the ideas of high-brow, middle-brow, and low-brow, the idea of cool and not cool) have been thrown up and scrambled by the fact that people can surf from thing to thing on YouTube and pursue obscure references,” he says. “The young people that I know now have much more eccentrically put-together sets of interests than the young people I knew when I was in my twenties.”

3. Those perennial culture vultures VICE had some questions for Carl, too, including what to make of a culture writing’s reliance on snark (something VICE knows a little bit about, wethinks). Carl replies:

“Negativity is not a recent thing, it has always been a portion of music criticism, there’s always been well-crafted snark. Sometimes things need a good attack and sometimes things merit it but not most of the time. I think it’s a chance for writers to show off, use some good adjectives, images and that thing is tempting. And that’s a way I think this book has become a bit more relevant in the age of internet snark culture it’s a plea for civil discourse on that level. I was asked a few times when the book came out by people in interviews, ‘Do you think you’re just being a polite Canadian about this?’ and I was a little thrown off. Now I kind of want to own that, like ‘yeah maybe is one of the things that Canadian culture writers and thinkers can bring to the table’. There is a Canadian value of fairness, possibly at the expense of winning.”