I’ll start with NYC since it’s closer and this is happening this Saturday. This looks like a lot of fun. And it’s free! The live music features members of Psychic Ills and Beirut, and should go on around 10pm, the awesome blacklit plexiglass sculptures will be on display all night… 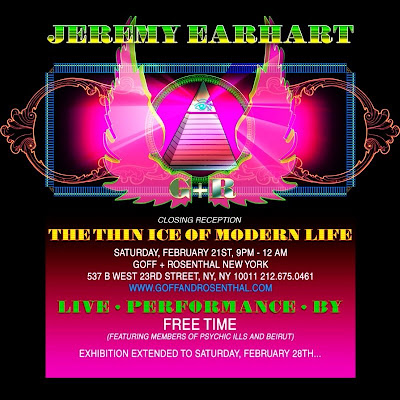 Next up: Los Angeles
I keep an eye on this blog called Egg City Radio (formerly Post Punk Junk) and the guy who runs it is a programmer at Cinefamily in LA. Throughout the months of March and April they are running a Thursday night series of rare and awesome punk films. I would be there if I could.

I’ve started to make a dent in the not-so-shortlist of proposals, and I have to say that I’m impressed. Lots of hard decisions ahead. Also, while I have your attention, sign up for the 33.3 newsletter if you feel so inclined.

2 Thoughts to “Things to do in LA and NYC”