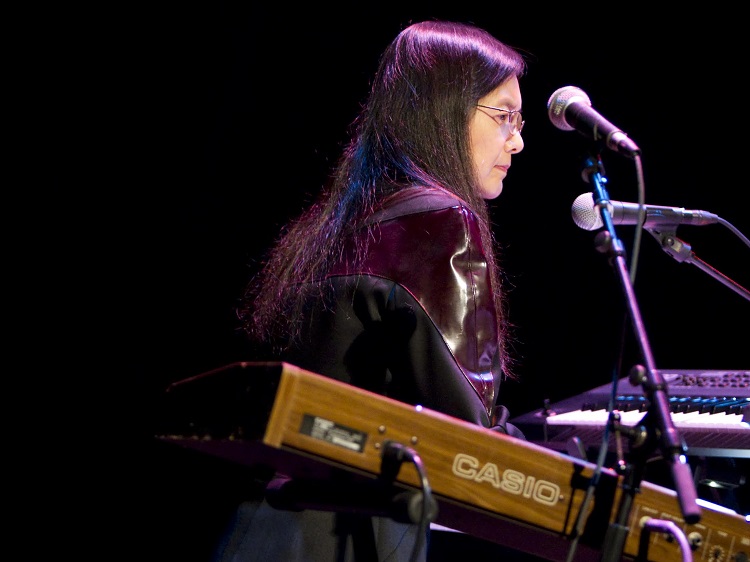 For this editor highlight, we’re introducing you to Noriko Manabe, the series editor for 33 1/3 Japan. Noriko is an Associate Professor of Music Studies at the Boyer College of Music and Dance, Temple University, having previously taught in the Department of Music at Princeton University. She has also taught at the University of Pennsylvania and CUNY.

Noriko Manabe first began researching the Japanese music industry when she was working as a technology analyst in the Japanese stock market. In 2005, she began conducting field work on Japanese rappers, publishing an article about their clever turns on the Japanese language in Ethnomusicology. Since then, she has continued to conduct field work on Japanese hip hop DJs, reggae artists, and techno producers, publishing articles on Japanese hip hop, the internet’s impact on the music business, social movements, and Cuban music in Popular Music, Asia-Pacific Journal, Asian Music, and several edited volumes.

Visiting Japan a few months after the 2011 earthquake, tsunami, and nuclear accident, and living there in 2012, she observed first-hand the antinuclear protests that erupted after the disasters and have continued to follow the many movements that have sprung up since. The resulting book, The Revolution Will Not Be Televised: Protest Music after Fukushima (Oxford), won the John Whitney Hall Prize from the Association for Asian Studies and Honorable Mention for the Alan Merriam Prize from the Society for Ethnomusicology. Now an associate professor of music at Temple University in Philadelphia, she is revising her second monograph on intertextuality in protest music, co-editing The Oxford Handbook of Protest Music (with Eric Drott) and Nuclear Music (with Jessica Schwartz), and writing a monograph on Japanese musicians in transnational club musics.

What Noriko has planned for the series

“I am looking forward to publishing books on music and pop culture, such as the anime, videogames, and idols that have become global favorites. For example, Keisuke Yamada’s book, Supercell ft. Hatsune Miku, is a great introduction to the world of vocaloids—those programmable voice synthesizers, made of samples of a human voice, that you can make sing anything. As a bedroom producer, you no longer have to have a great singer to record a song. Hatsune Miku is the most popular vocaloid character—she has over 100,000 songs! That’s four times more than P. Susheela, the Indian playback singer that holds the Guinness world record for most studio recordings. Keisuke’s book explains the fan circles and technology that enable amateurs in making these songs, and the ways in which the fan community reacts to each other’s works.

I also plan to work with writers on books about classic albums. Some are classic, like Cornelius’s Fantasma—perhaps the pinnacle of Shibuya-kei, the retro-futuristic pop style of the 1990s. But I’ve also noticed that old Japanese records have become favored by some European selectors—I see a lot of them in hip record stores around Amsterdam—and I’m very open to receiving proposals on cultish albums for discerning audiophiles.”