Skip to content
You are here
Home > Article > Join us on November 8th for the launch of “Popkiss: The Life and Afterlife of Sarah Records”! 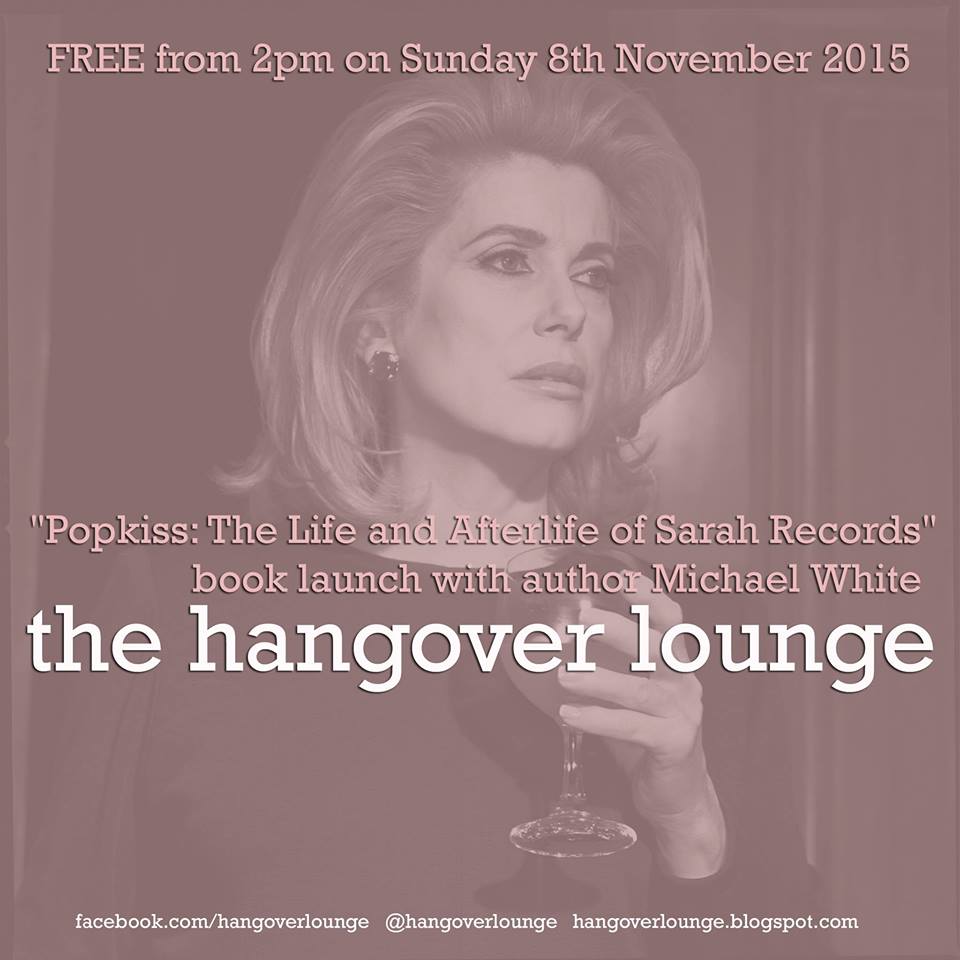 Attention Londoners! Join us on November 8th from 2 p.m. to 9. p.m. at the Hangover Lounge for the book release of Popkiss: The Life and Afterlife of Sarah Records.  This is the first — and only — authorised biography of the beloved Bristol-based independent label, home to the likes of Blueboy, the Field Mice, Heavenly, the Sea Urchins, and many more.

In advance of its release, Hangover Lounge is celebrating “Popkiss” with an exclusive event featuring DJs and live acoustic music and a Q&A with Vancouver, Canada-based author Michael White. There’ll be copies of the book for sale more than a week before its worldwide retail date.

We’re delighted that The Catenary Wires (featuring Amelia Fletcher and Rob Pursey of Heavenly), Rob Sekula of the 14 Iced Bears, and the Golden Eaves (a new duo from Berlin with Kenji Kitahama, ex-Fairways/Young Tradition) will all be playing acoustically.