We wrap up Let’s Talk About Love Week with a video vault to end all video vaults. Carl’s analysis of the relationship between Celine Dion and schmaltz is one of the defining features of LTAL, and it’s revisited often by contributors to the revised and expanded edition. Herein, Carl takes another look at schmaltz, complete with video evidence. Hold onto your seats. 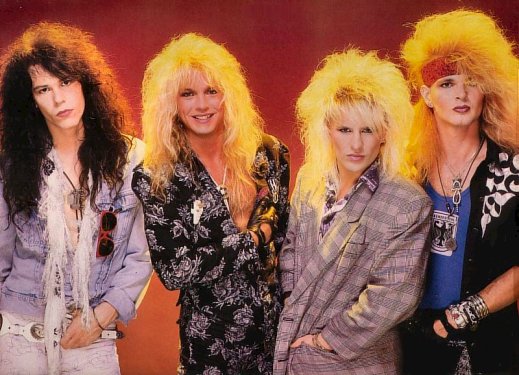 Video Vault: A Brief History of Schmaltz
by Carl Wilson

The main text of Let’s Talk About Love: Why Other People Have Such Bad Taste is divided into mini-essays that examine aspects of the “Céline Dion vs. Taste” question one by one – as if Céline were poised on a rotating platform (as in real life she often is), a spotlight shining on her facets as she turned. Chapter 5 is called “Let’s Talk About Schmaltz,” and along with the chapter about her roots in the dominant Quebec pop genres of “variety” and chanson, it’s the main place I ask the question, “Just what kind of music is this, anyway?”

Genres are a central way people process music – most of us may not recognize chord progressions or arrangement techniques, but even from the opening tones of a record, the brain can report, “Right, that’s jazz,” or “That’s metal.” It’s at least a basic comfort zone. So when we respond negatively to music, one question to ask is how well we’re identifying its genre, and whether there’s a musical context in which it makes more sense.

Classifying Céline as “schmaltz” might sound insulting, but drilling down into that loose genre’s history left me impressed with its persistence through the decades of American life specifically (but certainly not solely). Nothing survives that way if it does not speak to some widespread need – so how can its very name be treated as a synonym for worthless, useless entertainment? Here is a very compact sample.

What struck me most powerfully was that “schmaltzy” music in America has generally been the territory of immigrant groups such as the Irish, Italians and (as the term makes aromatically clear) Jews. I think this is because it requires a kind of broad heart-on-sleeve persona that didn’t come easily to northeastern white Protestants in New York-based showbiz, and differed in tenor from black American music, too (and didn’t require crossing the color line). Not surprisingly, then, nostalgia is one of schmaltz’s emotional touchstones, and of course this superstar Irish tenor’s early hit (later re-recorded with the more familiar lyrics) is among the world’s great nostalgic anthems.

Most genres of pop music have had their “harder” and “softer” sides, and usually the latter have been damned by the kinds of critics who get to write the historical record as more homogenized, unmasculine, sold-out and inauthentic than their “raw,” “tough” counterparts. There are often substantial issues involved, especially race, but sometimes it’s just plain macho condescension against what many women liked to hear on a dance floor. Jazz is no exception; witness the “hot” versus “sweet” rivalries of the 1920s and 1930s. Groups like Vincent Lopez’s and Paul Whiteman’s had hits as big or bigger than Louis Armstrong’s and Duke Ellington’s, but their names are unknown to most people now. Yet I bet plenty of you recognize this rinky-dink lite-ragtime tune.

It doesn’t get schmaltzier than this movie-music classic penned by a Jew and a Hungarian-Russian and sung by an Italian light-opera tenor. Lanza was an enormous star in the postwar period, part of an entertainment world that would be eclipsed by rock’n’roll (which of course would have its own schmaltzmeisters, beginning with Céline’s beloved Elvis). But scratch the surface of your own family lineage and it wouldn’t be unusual to find out your parents or grandparents are among the many who courted, married and buried to music like this.

That pre-rock pop culture never completely went away but it particularly came up for air after the collapse of 1960s rock utopianism – and in the light-hits-FM household in which I was raised, it seemed ubiquitous, with schmaltzy rock like Three Dog Nights, variety-show stars such as the Osmonds and Sonny & Cher, neo-WASP nostalgia acts like the Carpenters, loverman soul singers like Barry White and Quiet Storm R&B, and proto-emo power balladeers such as Eric Carmen, who originated the later Céline hit “All By Myself.” Yes, Gen X was weaned on schmaltz, which may explain why we made a particular show of rejecting it in our post-punk youths.

I know I speak for many 1970s kids when I say this tune by west-coast Canadian rocker Terry Jacks seemed to many of us like the saddest song in the world, because we realized it had something vaguely to do with death. That vagueness didn’t come only from childish naiveté – it was because the original French lyrics by Jacques Brel, in which a dying husband forgave his wife for her frequent infidelity, had been scrubbed twice, first by the 1960s’ schmaltziest hippie poet, Rod McKuen, and then by Jacks himself. By this point it’s not even clear it’s between spouses – it could just be a couple of pals.

Just in case you thought “Seasons in the Sun” was the height of 1970s schmaltz, this French pianist’s rendition of a Young and the Restless soap-opera theme, which became the background music to the triumph of the gamine Russian gymnast Nadia Comăneci, was unavoidable for what seemed like centuries.

The sentimental power ballad found its way to a new generation via the “girl’s song” on every 1980s hair-metal album. At the time the cover story was that it was the tune on the record that would get you laid. But if you’ve witnessed the reaction of a crowd of 40-something guys anytime this gets spun at a wedding, the resulting bro-along seems a lot less like wistfulness for past conquests than a woeful affirmation that, yeah, man, you know … every rose has its thorn. The 1990s burst of the hair bubble seemed like it included spurning these songs, but wasn’t grunge incredibly schmaltzy itself? It’s just that it was schmaltzy less about romance and old homelands than about, mostly, child abuse.

Old punks weren’t the first to fetishize “dark” schmaltz like this modern-day murder ballad by melodrama addict Nick Cave – country music has a strong claim, and then there’s “Seasons in the Sun.” But nobody can inflate misanthropy (and misogyny) to sentimental extremes like a greying self-styled subversive.

Navigating fresh routes for schmaltz – or at least semi-post-schmaltz – for the 21st century.

The new edition of Carl Wilson’s Let’s Talk About Love: Why Other People Have Such Bad Taste, with a new afterword and essays by Nick Hornby, James Franco, Sheila Heti, Ann Powers, Owen Pallett, Krist Novoselic, Mary Gaitskill and more, is available now from Bloomsbury.