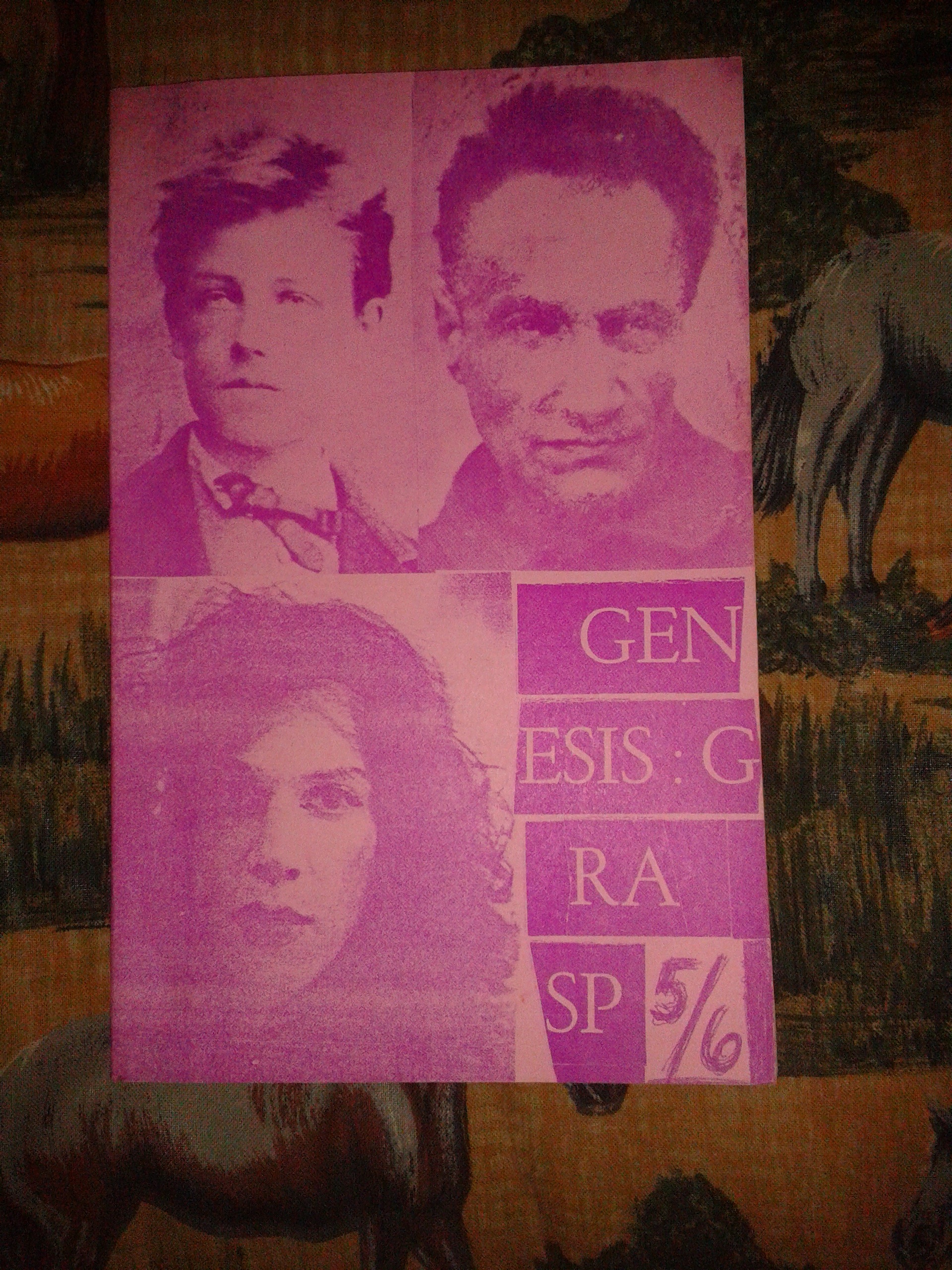 G is for Genesis : Grasp, Hell’s poetry magazine (run with David Giannini) that ran from the late ‘60s to the early ‘70s, including contributions from Tom Miller (Verlaine), Clark Coolidge, Bruce Andrews, and Patty Machine, the latter being the pseudonym for Patty Oldenburg, Hell’s lover at the time and a fascinating figure in her own right.

Hell wrote under his birth name of Meyers. This issue from 1971 shows on the cover: Arthur Rimbaud, Antonin Artaud, along with Theresa Stern, whose image is a photo composite of Hell and Verlaine.

H is for Heroin. In I Dreamt I Was a Very Clean Tramp Hell describes enthusiastic junkie Johnny Thunders’ life in London in 1977 thusly: ‘he was living with another Heartbreaker or two in a spacious apartment where the pastimes were doing heroin and watching TV.’ For all the supposed sleaze and gutter glamour attached to the drug, one of its main side effects (along with the danger of death) is the vast amounts of bad TV it causes addicts to ingest. 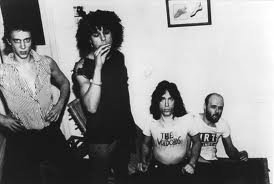 I is for Ivan Julian (Right; to Hell’s right). His contribution to the Voidiods has sometimes been undervalued, perhaps due to the towering presence of Robert Quine in the band: there are, indeed, various elements of Blank Generation that are often credited to Quine by default. It was Ivan Julian that was responsible for the guitar introduction to the song “Blank Generation” itself, along with the solo on “Liars Beware” as well as co-writing credits on both this and “Betrayal Takes Two” among many more. 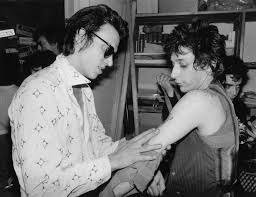 J is for Johnny Thunders (Left, with Hell). After Hell’s departure from Television he formed The Heartbreakers with Johnny Thunders. Hell had a lot of time for Thunders and wrote eloquently about him in Hot and Cold. Here is footage of the original Heartbreakers with Hell from 1975: “Chinese Rocks” (which Hell had a hand in writing) is the second song…

K is for Hilly Kristal, below, who opened CBGBs in 1973, the full name being CBGB & OMFUG, standing for Country Bluegrass Blues and Other Music For Underground Gormandizers. Kristal envisioned the club as providing a place for these styles of music… luckily, this never happened and it became the legendary location for the early New York punk scene, integral to providing a sympathetic environment for the development of Hell’s music. One of the best records of the time and the scene is Amos Poe and Ivan Kral’s Blank Generation film, especially the shots of those on the scene, standing around looking very self-consciously cool in time-honored tradition (sadly embedding is disabled, so follow that link!)

For more of the Blank Generation abecedary, come back tomorrow and the rest of this week. Richard Hell and the Voidoids’ Blank Generation will be available this Thursday on Amazon, at Bloomsbury.com, and wherever 33 1/3s are sold.