Welcome back to Richard Hell Week, Abecedary Heads (that’s a thing now). Today is the official release day for #92 in the series, so go snag your copies, kids! And in the meantime, in celebration of our forthcoming 33 1/3 title on Richard Hell and the Voidoids’ Blank Generation, here is volume 4 of author Pete Astor’s compendium. 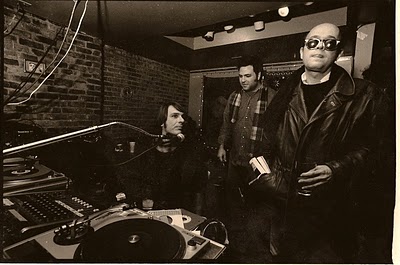 Q is for Robert Quine, an extraordinary musician and the first key member of the Voidoids. His friend Jim Marshall writes about him here. And here are some fantastic short tributes to him. 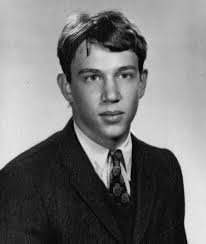 R is for Richard Myers, Hell’s birth name before adopting his new moniker in honor of Rimbaud’s A Season in Hell. Hell’s autobiography, I Dreamt I Was a Very Clean Tramp, provides some great stories about him growing up (and check out that awesome suit and tie photo, at left).

T is for Tom Verlaine. Now determinedly irascible, he was once a perfect foil for Hell in the original Television. Here they are in ’74 doing “Horizontal Ascension” from the Poor Circulation bootleg, and it’s all in place: an evil “Roadrunner” groove; Verlaine with the Beat Poetry; a little bit of Coltrane for the title and off they go…

There’s a great collection of contemporary images along with the audio too, as well as a detailed write up on the main YouTube page.
[youtube http://www.youtube.com/watch?v=2tMSNmKV1sk?rel=0]

U is for unused names for The Voidoids:

Says Hell: “I like those, especially ‘The Beauticians.’ Typically, I ended up choosing the most difficult name I thought of.” It might be interesting to write an alternate history of punk if Richard Hell and the Voidoids had been called Richard Hell and the Ineffables! 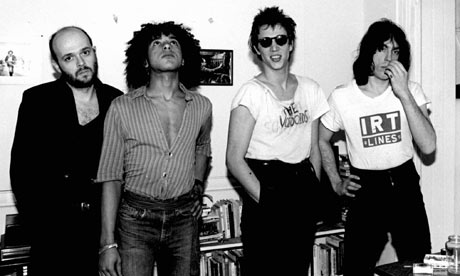 V is for Voidoids. It’s important to remember just how much of a unit Richard Hell and the Voidoids were. One of the great advantages that American punk had over British was that many of the musicians had learned their craft in their young years, Beatles-in-Hamburg style, which means the Voidoids tear into their punk rock with a panache and a sure footedness that – no matter how disenfranchised and serious their UK counterparts were – the English punk groups just couldn’t manage (they could do plenty of other stuff though, but that’s another story…)
For more of the Blank Generation abecedary, come back tomorrow. Richard Hell and the Voidoids’ Blank Generation if officially available at Amazon, at Bloomsbury.com, and wherever 33 1/3s are sold.