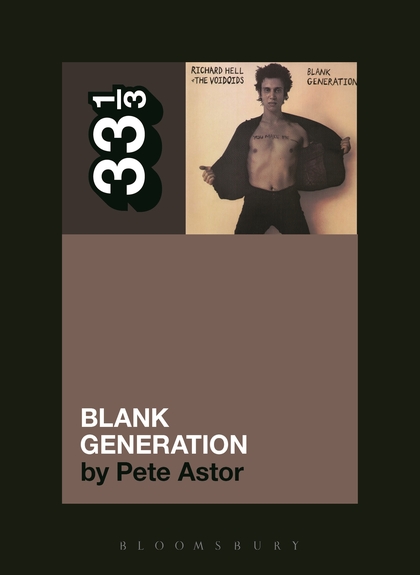 W is for website: http://www.richardhell.com is a fantastic site. Having been schooled in the ways of the early mimeographed DIY poetry ‘zines of his poetry heroes Ted Berrigan et al, Hell was an early participant in the online world, disseminating his ideas, building his profile and providing a brilliant and stimulating resource along the way.

X is for Xymohora. This is the Greek word for misfortune and is apt for anyone thinking how easy and what fun it would be to do an abecedary until, of course, you come to X. Thank you Kevin Jackson, once again – without your A to Z I’d be stuffed! 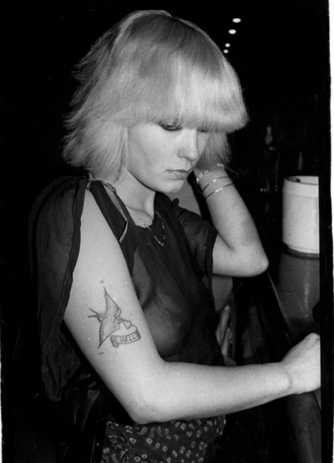 Y is for Paula Yates. This, from the message board at www.richardhell.com:
“Yep, the Hell tattoo on the cover of Time is a photo of Paula Yates’s arm when she was 17. She met him at the Music Machine gig in London in 1977. She wrote about this in her published autobiography where she says he taught her all about sex. Then he left town. She covered up the tattoo when she married Bob Geldof, but she never minded talking about Richard (as per her book).” 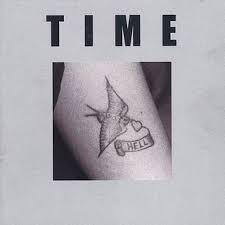 Z is for Zeitgeist. Richard Hell – the coolest guy! Here he is in 1993 on Tonight Live in Australia:
[youtube http://www.youtube.com/watch?v=1RDfmCP-Mas?rel=0]
It’s priceless watching the frisson between the participants: Sandra Bernhard, who clearly recognizes and acknowledges his significance (despite being more successful in straightforward showbiz terms at the time), not to mention the host, who is clearly charmed, and whom Hell seems to hit it off with rather well.
Richard Hell and the Voidoids’ Blank Generation if officially available at Amazon, at Bloomsbury.com, and wherever 33 1/3s are sold.