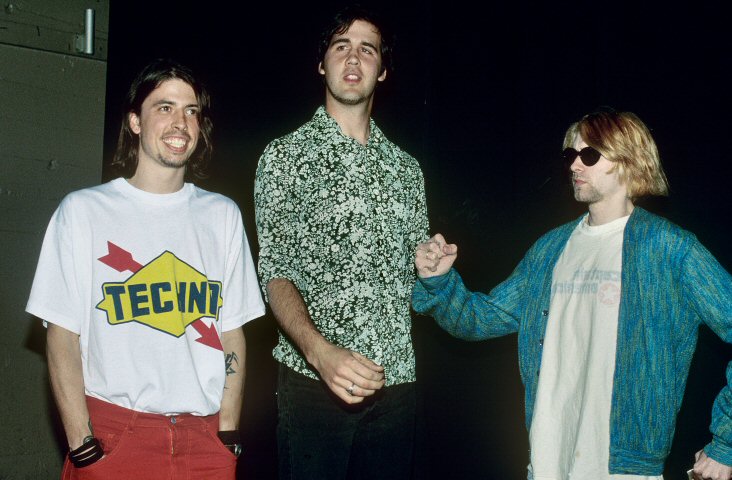 Last month Nirvana’s third and final studio album, In Utero, turned 20. In the spirit of our author Q&As with the new 33 1/3 scribes, we reached out to Gillian Gaar, author of the 33 1/3 on the album (volume 34). Called “one of the most interesting long-form rock writers in the Seattle area,” by stalwart Seattle weekly The Stranger, Ms. Gaar was kind enough to revisit her 2006 book and meditate how she and the album’s place in culture have shifted in the seven years since her book and the twenty years since the album’s release.

What made you want to write about Nirvana’s In Utero?
GG: Well, I’m always looking for ways to write about Nirvana. And at the time (1990s), everyone was focused on Nevermind. And there was also already a book out about that album. So, for 33 1/3, that really only left In Utero. I didn’t think Bleach would work that well in a 33 1/3 format (and I have since done a book about that album, Entertain Us: The Rise of Nirvana).

Who did you reach out to during the writing process? Why?
GG: I drew on archive interviews I’d done, but also did new interviews [with people] like Anton Corbijn, about the “Heart-Shaped Box” video, and Charles Peterson, about the album’s artwork. I wanted to cover every element of the album, not just the music; I felt that made it more comprehensive. Stories about the creation of the album artwork and videos can be quite interesting, at least I find them interesting!

Describe for us the process of coming up with and pitching your 33 1/3. Did anything surprise you? Did you start with one idea and end up with another?
GG: I read one of the other 33 1/3s…the one on the Beatles’ Let It Be. After reading, I thought, heck, I could write a book like that. Then instead of letting the thought drop, I decided to pursue it. I went online and found the 33 1/3 site, found the contract info, and sent an email in saying I had some ideas. I was asked to say what albums I’d be interested in writing about, and I suggested a couple, including In Utero (I can’t recall what the others were, though I think at least one was an Elvis album). In Utero got the nod and I was asked to write a proposal–not a long one, only a few paragraphs–which I did. And it was accepted. This all happened over the space of about a month. I was surprised at how fast it went. [Editor’s Note: Our pitching process has since shifted. Please read this page for more info.]

What did you want to explore about this band/singer/artist that you feel hadn’t been adequately covered elsewhere in music criticism or academic writing? Did you feel you achieved it?
GG: I basically wanted to cover the album because it hadn’t been written about that much before. I certainly wasn’t trying to be academic; I sometimes think such writing can drain the life out of the subject, that it’s really only of interest to other academics. I feel the same is true of overly analytical music criticism. It can be like writing just for the sake of writing, and the only people that are going to care are other writers.

What was the most surprising reaction to your book?
GG: Nothing too surprising. I’ve seen comments that were not so good, and others that were great. It’s nice to read that a reader thought the book was “One of the best in the series” (from a Nirvana forum board) or another reader comment like “No gossiping, zero fanboy writing, just short and to the point facts … a must read.” I’ve had people say they liked it especially because it wasn’t overly analytical; one person said “I’m tired of all these music critics telling me how I’m ‘supposed’ to feel about the music.’” So that’s nice that people got something out of it. The range of reactions is interesting.

“In Utero is a much more self-conscious album than Nevermind was. Suddenly the band knew that everything on the record would be heavily scrutinized.”

What would you do differently if you could do it all over?
GG: Well, I think I would’ve put some more of my personal experience. Perhaps listening to the records that came out after Nevermind (Incesticide, the “Oh the Guilt” single), and seeing the concerts, and the expectations building up to the release of the new album. In the summer of ’93, someone at Rocket magazine, where I was working, got ahold of an advance cassette — not the record company advance, an earlier one — and we each took turns taking it home and listening to it; I remember turning off the phone as I wanted to experience the album undisturbed. This was the album the world wanted to hear! It was very exciting to have an advance copy. And then I saw a lot of shows in the fall of ’93, including Unplugged. I was working on another book at the time (Green Day: Rebels With a Cause) so I wasn’t thinking entirely about In Utero. But then I had readers tell me they like the way I wrote it, so maybe it’s fine the way it is.

And I wish 33 1/3 policy allowed a writer to write another book in the series, not just one.

What words of wisdom can you offer to aspiring 33 1/3 authors?
GG: Take a lot of time, don’t just dash it off.

What’s changed in your life and writing since you wrote your 33 1/3? Do any of these changes stem directly from writing the book itself?
GG: I’ve done several more books. Perhaps the In Utero book led to my being asked to do The Rough Guide to Nirvana and Treasures of Nirvana book, so that’s nice. I’ve been able to do a number of books, but I’m not sure what the future holds.

Has any new information about the record or the process of creating it come to light since you wrote the book?
GG: A bit; the Albini letter mentioned below clarifies what specifically he thought at the time, but that wasn’t exactly unknown. I do wonder how many people realize only about half the album is new material: “Serve the Servants,” “Scentless Apprentice,” “Heart-Shaped Box,” “Frances Farmer…,” “Very Ape,” “Milk It,” and “Tourette’s.” The other songs were all written before Nevermind (albeit not completely finished). The creative well was running a bit dry for Kurt.

What was your first concert?
GG: Barry Manilow! At Seattle’s Paramount Theatre.

How do you listen to your music at home: vinyl, CD, or MP3? Why?
GG: CDs; I have more of them. My receiver isn’t working right so I can’t play vinyl (after not listening to vinyl for quite a while, it was strangely exciting to go back and hear the surface noise). I don’t always like music coming out of the computer as it’s too distracting, especially when you’re working (no, you really can’t do two things at once, and do either of them well). I find the continual upgrades in technology discouraging. It means having to buy everything again in a new format. And buying new equipment as well. I simply can’t afford to do that. If everything’s just in a digital format you have to back up in so many places; I know people that transferred everything to an external drive and then lost their entire music collection when the drive died. So far, you can still buy old equipment like VHS players, Walkmans, etc., but if it gets too pricey maybe I’ll just be stuck with a lot of old media I can’t play anymore. When I was younger, it was great having new music available on CD that had been out of print, but now the practical realities — the cost — of new equipment, new media, etc., have me less excited. 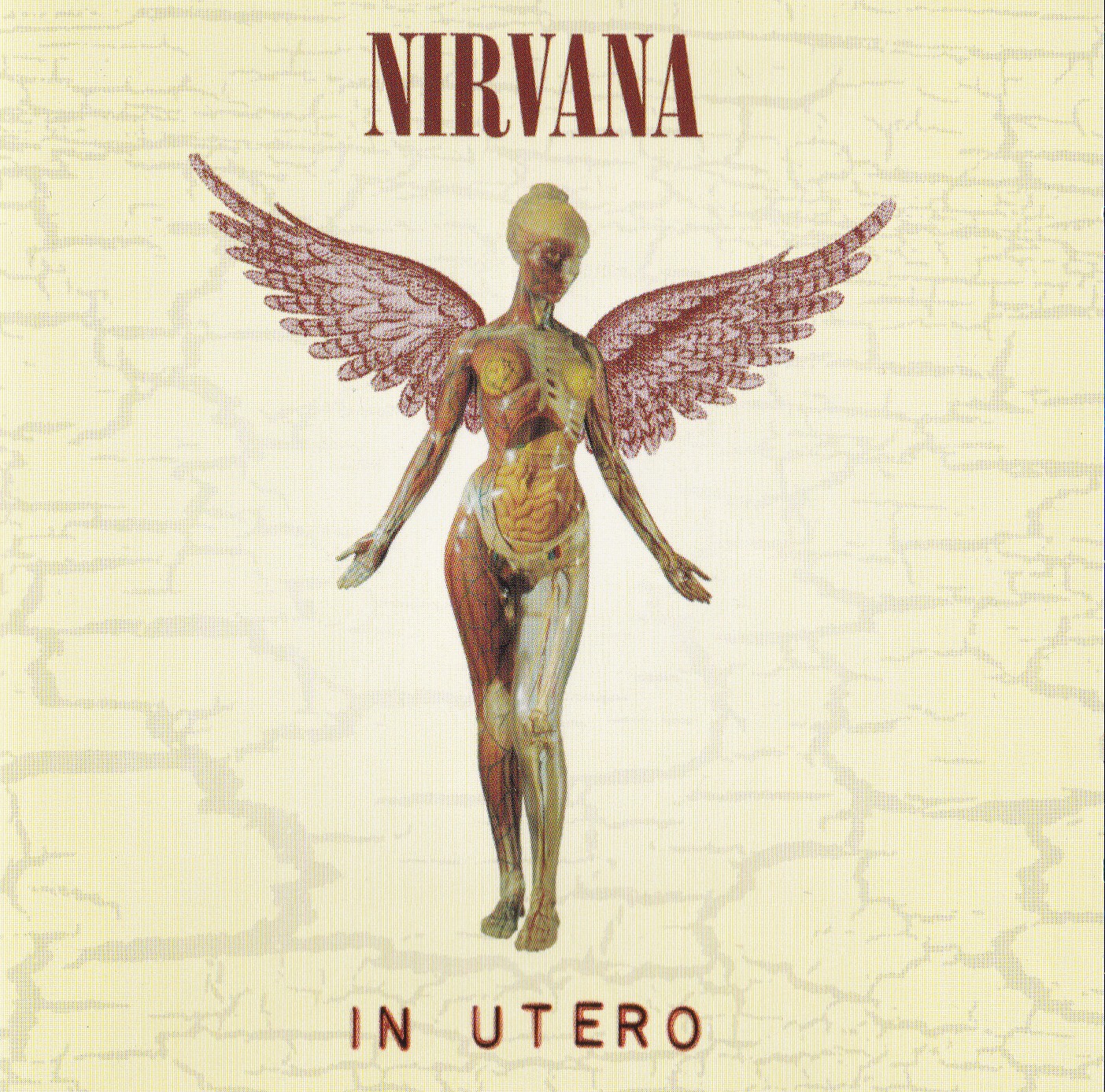 Name a lyric from the album you wrote about that encapsulates either a) the album itself, b) your experience in hearing the album for the first time, or c) your experience writing about the album.
GG: Maybe the line that everyone likes to cite, the opening line: “Teenage angst has paid off well/Now I’m bored and old.” Opening with a cynical depiction of life after super stardom. It also means, to me, that In Utero is a much more self-conscious album than Nevermind was. Suddenly the band knew that everything on the record would be heavily scrutinized. I think that makes the newer songs more self-conscious–they’re an answer back, a response, to what happened to them (or more specifically, to Kurt). It’s an angry album, whereas I don’t feel the other records were; Nevermind has some playfulness, especially lyrically, and Bleach is more sarcastic than angry.

Other than your 33 1/3, what would you like people to know about you and your work?
GG: I was glad I got the chance to update my first book, She’s A Rebel: The History of Women in Rock & Roll in 2002; there are 3 new chapters, which is quite an update! The other books I’m happiest with are Green Day: Rebels With a Cause; The Rough Guide To Nirvana, Return Of The King: Elvis Presley’s Great Comeback; and Entertain Us: The Rise of Nirvana. I was thrilled to work as a project consultant on Nirvana’s box set With The Lights Out, as well.

Have you read Steve Albini’s letter to the band at the time of recording, which was recently posted to the internet? What do you think about it?
GG: He said pretty much what he told me in my book; he wanted to make the album free from record company interference. Which happened anyway. I wish I’d seen the letter when I was writing my book!

Have you heard the 20th anniversary reissue? What are your thoughts?
GG: Yep, I like it. I like the new mix. I’d have like more unreleased tracks, but the fact there were so many instrumentals included says there’s not much left in the vaults. I wish the super deluxe had more in it; you can basically get the same stuff by getting the double CD and DVD for much less. You’re paying that hefty fee for the book in the box, and a CD of the live show (which is also on the DVD).

How did writing this book change your feelings about the album and artist?
GG: Can’t say it changed my feelings. I have noticed more people praise In Utero now, but I wonder if that’s just a reaction to Nevermind being so popular (Kurt felt that way). So now I feel I have to defend Nevermind more.

Nirvana’s In Utero is available on Amazon and wherever 33 1/3s are sold.