In our continued quest to profile authors of forthcoming 33 1/3 titles here on the blog–so you can get to know them, their writing, and what kind of twisted soul chooses to think about just one album for months at a time–we bring you Michael Stewart Foley.

Dr. Foley, a professor in American Political Culture and Political Theory at the University of Gronigen in the Netherlands, has past navigated the UK university system and is the author of several books, including Front Porch Politics: The Forgotten Heyday of American Activism in the 1970s and 1980s and Confronting the War Machine: Draft Resistance during the Vietnam War. He’s also a founding editor of The Sixties: A Journal of History, Politics, and Culture. Given his CV, you might think his 33 1/3 would be on some seminal hippie band; not so, for Foley has cast his gaze on 1970s/80s punk rockers/activists Dead Kennedys. In doing so, he’s mining that extensive knowledge of the political past and unearthing new research on what transpired in the west coast political activist scene in the decades after free love and Vietnam, using Dead Kennedys’ Fresh Fruit for Rotting Vegetables as the pivot point. 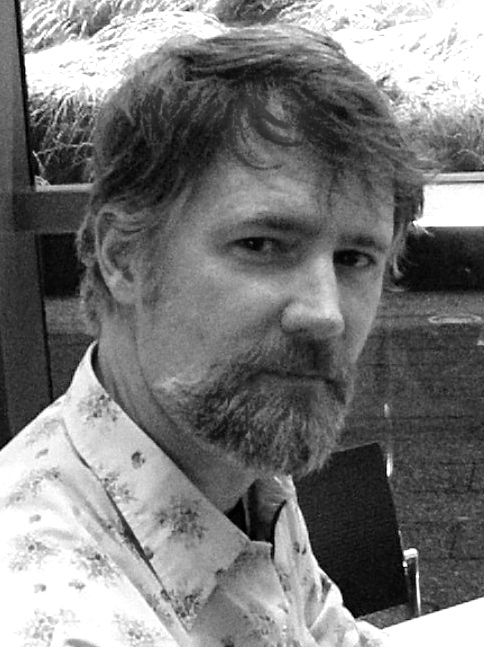 What, in particular, drew you to writing about this album?
MSF: In the process of doing research for my last book, Front Porch Politics: The Forgotten Heyday of American Activism in the 1970s and 1980s (2013), I had it in the back of my mind that if there was another call for proposals, I’d pitch one for Fresh Fruit. For me, as an historian of American political culture, the record is a critical historical document, one that helps us understand American politics and culture in the 1970s and 1980s – beyond both electoral politics and social movement politics. In a lot of ways, it is a document of a particular time and place – late 1970s San Francisco – and some of the songs spring directly from local contests for power; but it also speaks to larger national issues and, most important, reminds us that youth politics did not fade away after the Sixties (it has always struck me as odd that both scholars and the general public associate the Sixties – and San Francisco, especially – with youth politics, but fast forward not even ten years, and it’s as though there was no youth politics at all). Memories of Reagan’s rise to the presidency seem to have left hidden all of the various critiques, whether articulated in grassroots campaigns or subcultural scenes, of all that was wrong with America at this time. I’m hoping this book will be the start of a larger conversation of punk’s place in American political discourse.

Who will you be reaching out to during the writing process? Why?
MSF: So far, I’ve interviewed three of the guys in the band – Jello Biafra, East Bay Ray, and Klaus Fluoride – and am still hoping to interview Ted, the drummer on the record.  I’ve also been in touch with recording engineers for the “California Uber Alles” 45 as well as the LP and, most important, I’ve interviewed a lot of other people from the San Francisco punk scene, artists, photographers, and writers, as well as members of other bands at the time. (I’m working on a larger project about the political culture of punk, using San Francisco as a case study, so some of these interviews will be useful in that project as well as for the 33 1/3 book). But overall, my approach has been to learn as much from the participants as possible about not only where the band came from, who they were as political actors, and how the record was produced, but also to put all of this in context with the wider culture of San Francisco at the time, while giving particular attention to the development of the punk scene around the Mabuhay Gardens and the Deaf Club.

Describe for us the process of coming up with and pitching your 33 1/3. Did anything surprise you? Did you start with one idea and end up with another? |
MSF: The process for writing the proposal was a mad dash. Although I’d been thinking about it for some time, I hadn’t set anything down on paper. I was lucky that I could carve out the time over several weeks to work on it – since the proposal requirements are so demanding! The biggest surprise was realizing how overlooked the Dead Kennedys have been as a band. Although they struck fear into the hearts of so many in mainstream society in the late 70s and early 80s, and were widely covered in local and national zines, they just haven’t received much in the way of serious attention since then.

What do you want to explore about this band that you feel hasn’t been adequately covered elsewhere in music criticism or academic writing?
MSF: As I say, I am especially interested in exploring the Dead Kennedys’ place in the political culture of San Francisco punk, and that means trying to capture not only the origins of their art, but also the development of the punk community there, and what it felt like to be part of that scene, going to DK shows, and feeling the possibilities and limits of that kind of political and cultural engagement. It means trying to be attentive to both artist and audience (which was full of many other like-minded artists), and trying to understand what they hoped this scene – which many of them describe as a “movement” – could achieve.

What 33 1/3s have you read? Which are your favourites? Why?
MSF: I’ve read maybe ten of the 33 1/3s, though I have at least another ten or so still waiting to be read. I really like Bryan Waterman’s book on Television’s Marquee Moon. As I’ve been thinking about ways to write about the developing punk scene at the Mabuhay Gardens, I keep thinking of that book as a model. I also really admire Philip Shaw’s book on Patti Smith’s Horses and Christopher Weingarten’s volume on Public Enemy’s It Takes a Nation of Millions to Hold Us Back.

What was your first concert?
MSF: For a guy writing about punk, this is pretty embarrassing: it was Jethro Tull at the Boston Garden, 1979 or 80. Ugh. What can I say? I was a teenager living in a backwater town north of Boston, and arena rock still dominated. It took getting out of there and going to college before punk finally grabbed me by the throat.

How do you listen to your music at home: vinyl, CD, or MP3? Why?
MSF: All of the above. I’ve never ditched my vinyl, though I confess I went long stretches with the turntable getting little use. Now that we’re fully into the vinyl revival, though, I appreciate it when new issues come with a download card because I’ve gotten used to my music being portable, too. Our 4 year old and 2 year old have been joining in, listening to a lot of San Francisco punk on 45s lately (they’re especially fond of “Let’s Lynch the Landlord”), so the turntable gets a work out every day.

Name a lyric from the album you’re writing about that encapsulates either a) the album itself, b) your experience in hearing the album for the first time, or c) your experience writing about the album, so far.
MSF: “Mellow out or you will pay.”
Foley’s 33 1/3 on Dead Kennedy’s Fresh Fruit for Rotting Vegetables is forthcoming in the near future. In the meantime:
[youtube http://www.youtube.com/watch?v=aCiYmCVikjo?rel=0]