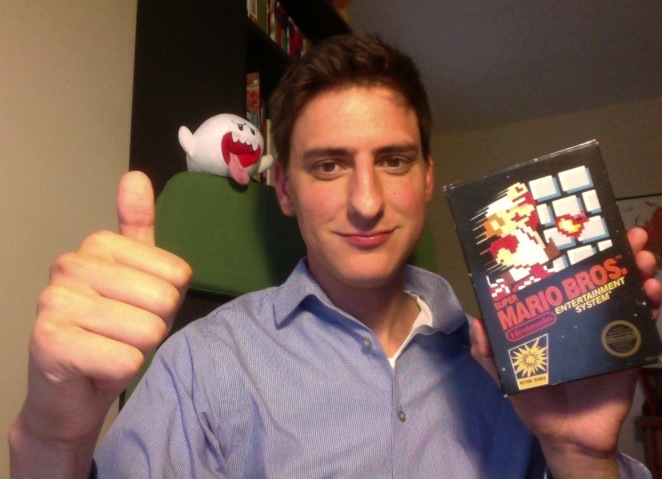 Andrew Schartmann is a pianist, composer, and theorist. He holds degrees in music from Yale and McGill University, where he taught for several years. Andrew also has a passion for music pedagogy. In 2011, he was awarded the Schulich School of Music Teaching Award for his course on musical form in the music of Haydn, Mozart, and Beethoven. And more recently, his pedagogical interests have led him to explore the ways in which digital technology can improve the teaching of music. His companion site for Analyzing Classical Form (Oxford University Press, 2013) provides an innovative tool to enhance the learning experience.

In addition to Beethoven et al., Andrew is also passionate about early video game music. His book Maestro Mario: How Nintendo Transformed Videogame Music into an Art (Thought Catalog, 2013) offers a general introduction to the musical and cultural richness of NES soundtracks. In addition to Super Mario Bros., he is currently working on a monograph devoted to the original Mega Man music.

Andrew’s work has appeared in a number of publications, including Clavier Companion and Music & Vision. He writes program notes for the Leaf Music label and currently serves as the assistant editor of DSCH Journal—a biannual magazine devoted to the life and works of Russian composer Dmitri Shostakovich.

When Bloomsbury announced their intention to publish a book on the Super Mario Bros. soundtrack, one reader expressed her excitement that this music would be discussed in terms other than bleeps and bloops. Of course, this bleeps-and-bloops characterization is a terrible cliché—one that debases the music and discourages us from treating it as a potentially sophisticated genre. With this in mind, one of my goals is to show that early video game music is sophisticated and highly creative in a number of ways. This has been hinted at in books that deal with historical context, but no one (at least not to my knowledge) has carried out an extensive analysis of the music itself. So why Super Mario Bros.? After all, many avid gamers would point to other NES soundtracks (e.g., the Mega Man series) as pinnacles of early video game music. My decision to write about Super Mario Bros. is based on at least two things:

This question raises one important issue with respect to writing about Nintendo products. The company has a policy that asks employees not to give interviews to authors of books. Kondo is currently employed by Nintendo, which means…well, you know what it means. Thankfully Kondo has given a number of magazine interviews over the years, which contain valuable information about his creative process. Aside from Kondo himself, other important sources include historian Steven Kent, video game scholar (and soon-to-be documentarian) Karen Collins, and former NES composer Neil Baldwin. I will reach out to all of these people and more.

A number of years ago, I went home to visit my parents. As I was digging through my closet in search of nostalgic treasures, I stumbled upon an old gray box with a Mega Man sticker on top. So I plugged it in, and off I went.

My NES hadn’t seen the light of day in over a decade. And as you can imagine, a lot had happened since the last time an 8-bit Mario jumped his way across my television screen. With a few music degrees and a lot of piano playing and composition under my belt, I was playing and listening with new ears. And what I heard surprised me. There was actually something to this music—something more than just a few simple ditties repeated ad nauseam. In order to think about this music more clearly, I went to my piano and transcribed all of the tracks. And so began my fascination with early video game music.

This fascination eventually led to writing a small book on NES music, but for a number of reasons, I wasn’t completely satisfied with what I had written. The nature of the project forced me to paint with broad strokes, and at the end of the day, too many interesting details didn’t make the cut. But who on earth would want to publish an entire book on just one early video game soundtrack? Well…we all know where my train of thought ended up. So here we are.

My proposal went through a number of revisions, and with each one I found myself allotting more and more space to the music itself. Historical context is no doubt important, but music—the notes, the form, the timbre, etc.—is often given short shrift. Anyone who reads Super Mario Bros. will notice (and hopefully appreciate) my emphasis on the music.
What do you want to explore about this band/singer/artist that you feel hasn’t been adequately covered elsewhere in music criticism or academic writing?

Very little has been written about the Super Mario Bros. soundtrack. This is both an advantage and a disadvantage. The advantage is that almost anything I write will be fairly original. The disadvantage is that my book is doomed to feel incomplete, at least to some. It’s simply impossible to cover all aspects of the game’s historical context and musical content in such a short volume.

Because the existing literature focuses largely on context, I decided to focus more attention on the music. Part of the challenge, of course, is to ensure that the section on historical context, despite being modest, still gives the reader enough detail. Hopefully people find my approach rewarding, even though it’s not (and can’t be) “complete.”

I’ve read a number of 33 1/3s, including Court and Spark, Kid A, and Songs in the Key of Life. They all have their strong points, but my favorite is Dai Griffiths’ OK Computer. I’ve always been impressed by authors who balance cultural context and music analysis convincingly—it’s not an easy thing to do! And Dai’s book does just that.

Its three-part structure reads like an analytical sandwich: a detailed discussion of the music itself (the musical analysis) is sandwiched between two accounts of its historical context. Griffiths situates the album with respect to the past (chapter 1), asks what kind of influence it might have in the future (chapter 3), and in between gets down to the nitty gritty (chapter 2). He also gives a lot of space to musical details. In other words, he doesn’t gloss over the individual tracks with general commentary; he actively engages each, drawing out passages of interest—an approach that puts into practice his belief that “in order to write about music you need to understand how music works.”

His resistance to the ideology of unity is also impressive. Rather than assuming that the album coheres into a unified whole, he leaves open the possibility that important observations about individual tracks might lead to an interpretation that finds disunity instead. This is an important concept for my book, because the original Super Mario Bros. album emphasizes differences between tracks rather than similarities. Part of the charm (and function) is that each piece of background music gives its associated level a unique feel.

Of course, Griffiths has preconceived notions of what OK Computer’s status in music history is likely to be, but he doesn’t allow those notions to cloud his judgment of the actual object before him, even when it seems to contradict expectations. This openmindedness is an aspect of his work that I value deeply and seek to emulate in my own writing.

I guess it depends on what you mean. Aside from some quaint performances by local artists in rural Ontario, the first concert I attended as an audience member featured Yefim Bronfman performing Brahms’ Second Piano Concerto with the Montreal Symphony Orchestra. Just a few months later, I saw Béla Fleck perform at the Montreal Jazz Festival. Both of those occasions hold a special place in my heart.

My first concert ever, though, featured yours truly as part of the main act. I played the keyboard in a cover band put together by my first piano teacher, Francis Rose. We performed a number of songs by the Beatles, Elvis, Jerry Lee Lewis, and several other well-known acts from the 50s, 60s, and 70s. These concerts were for charity, and typically drew an audience of ~800, which is pretty big for small-town Ontario!

On a Nintendo, of course! Because much NES music was designed to jibe with the onscreen action, listening while playing makes for a richer experience. Removing the music from its context takes away a lot of the magic, at least for me.