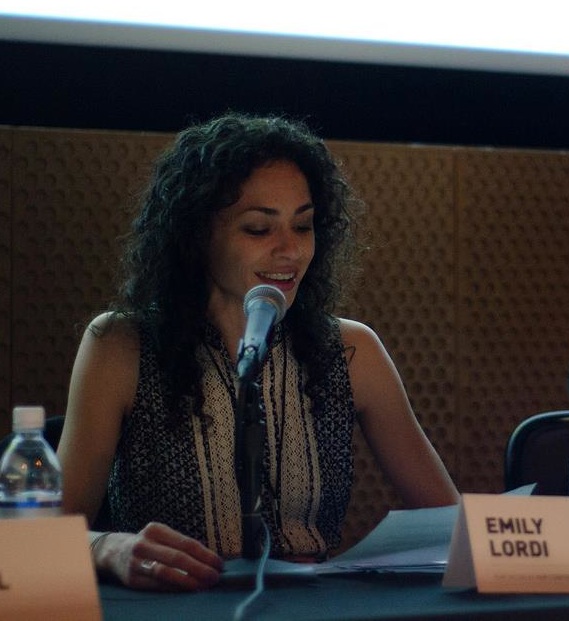 I’m a writer, scholar, dreamer, note-taker, reviser, professor, Taurus. I teach and write about African American literature and black popular music. I wrote a book, Black Resonance, about the deep connections between major twentieth-century black writers and iconic black women singers. I’m now writing a book about soul as well as, of course, the one on Donny Hathaway Live. I also review albums and films.

Donny Hathaway was a stunningly virtuosic artist who made some of the most beautiful, funky, and soulful music of the late-20th century. Yet he remains a somewhat obscure figure, largely due to his painfully early death in 1979. I decided to write about his 1972 Live album because I love it but also because most people will tell you that Hathaway’s true home as an artist was not the recording studio but the stage. I wanted to explore that claim in detail—to hear what exactly he is doing in live performance that he isn’t doing in the studio. This line of inquiry leads me to that elusive nexus between rehearsal and improvisation, spirit and practice, intuition and craft—or better yet to the idea that Hathaway’s intuition was his craft.

This is such a new kind of project for me that I’m learning many things from many people. I’m reaching out to artists who worked with Hathaway, people who have written about him, and pretty much anyone else who will talk to me about him over the next several months!

I had considered proposing a 33 1/3 book for years but in this case the timing was right. I mentioned that I’m writing a book on soul aesthetics, and I was going to start with a chapter on Marvin Gaye, but let’s just say that Donny asserted himself into that moment and I wound up researching a chapter on him. In January I did a short piece to mark the 35th anniversary of his death for The Root, and shortly thereafter the music critic Ann Powers posted the 33 1/3 call for proposals on Facebook. That week I received the magical gift of a snow day that allowed me to stay home and draft my proposal, using The Root piece as a sample introduction. I didn’t have time to stress it, but I was glad I had been faithful to whatever spirit had called me to try.

There are two books about Hathaway and both of them are books of poetry. So the poets, as well as the journalists and authors of liner notes like the incredible A. Scott Galloway, have been way ahead of scholars on this one. My own focus, as I’ve said, is Hathaway in live performance. For artists like Hathaway who are working in and out of African American sacred and jazz traditions, the idea that the live setting offers greater freedom than the studio is familiar. But what does that greater freedom actually sound like? And not only for Hathaway, but for his extraordinary band, and for his audiences? What models of black community, black intimacy and joy was Hathaway creating in these moments? I accent joy in addition to pain, because while his mental illness and early death tend to crowd out that part of his story, you can hear so much joy in the music, and especially when he’s playing it live.

I love the play-by-play drama and experimental form of Douglas Wolk’s James Brown Live at the Apollo; the cultural history and wonderful interviews in Aaron Cohen’s Amazing Grace; and the innovative analysis, incredible research, and fast-paced yet heartfelt style of Daphne Brooks’s Grace. I’m indebted to Miles Marshall Lewis’s There’s a Riot Goin’ On because his discussion of Sly and the Family Stone’s “Stand” inspired me to write an essay on that song’s funky coda and premature fade-out. And I’m currently reading and loving Jordan Ferguson’s book on Donuts.

As a researcher, I need CDs and LPs for the liners notes, images, layout. You learn so much from these physical copies about how soul-era artists were represented and later re-packaged for different publics. That said, when I’m writing about music I’m generally at my desk listening to mp3s through headphones.

My first concert was Mariah Carey’s Music Box tour in the fall of 1993. Only one other friend shared my Mariah obsession, about which we both silently agreed to be a bit ironic. But we were so excited for this concert, and our little back-row stadium seats. I guess I’ve always had a thing for virtuosic singers who can bring the drama, and for that gospel-soul continuum that Hathaway represents.

The specific moment that made me want to write this book comes from a performance that wasn’t included on Donny Hathaway Live, although it was recorded at one of the sets from which Atlantic drew songs for that album. It’s an out-of-time interlude in “A Song for You” where Donny sings the phrase “I love you” with this jaw-dropping melisma for which the studio version just doesn’t prepare you. I always wonder if he surprised himself with that one. And the idea that he didn’t is as compelling to me as the idea that he did.