We always love to see our books in the classroom, so today, we are bringing you two excerpts from 33 1/3 reviews written by the students in Samantha Bennett’s undergraduate class at ANU. Do you teach 33 1/3s as well? We’d love to hear about it!

Samantha Bennett is a senior lecturer in the School of Music at the Australian National University. I met Samantha at a conference in Ireland last month where she told me her undergraduate students in a course called Popular Music: In Culture and in Context had each been assigned a 33 1/3 to review. When she sent me the reviews, I was impressed with their insightful observations and in some cases justified criticism. We’ve printed some of her student’s reviews below. – Ally Jane 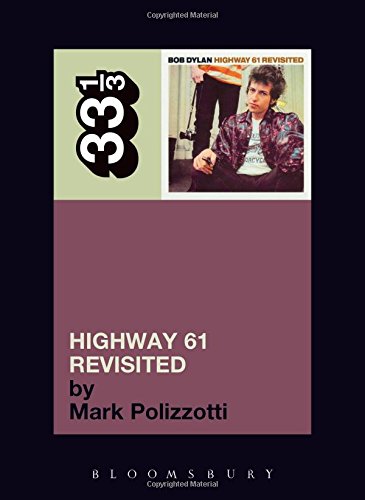 As mentioned previously, Polizzotti has an incredibly analytical manner, which is arguably at his best, within his exposition of Dylan’s lyrics. Polizzotti’s endless quest to find multiple potential meanings behind countless examples of lyrics runs as a constant throughout the book. He draws accounts of many different elements in order to do this, including exploring elements of Dylan’s persona and intertextual references (in this case, allusion) within his songs.

“Tombstone Blues” is not about the Depression of the 1930’s, the Wild West, or any specific historical period. But in its mood, tempo, and much of its imagery, it conjures up an atmosphere of American Hardship, and of Guthrie the dustbowl troubadour. (p.70)

This line comes after a discussion of how the lyrics in Guthrie’s (one of Dylan’s greatest idols, and inspiration for his early persona) “Taking It Easy” are closely referenced in Dylan’s “Tombstone Blues.” After excerpts of both songs’ lyrics and previous discussion on Guthrie’s immense influence on Dylan, the reader is left with no doubt of this connection and hears the song in an entirely new light. This is only one way in which Polizzotti attempts to de-code Dylan lyrics; one of the most common being attributing the “you’s” and “I’s” and “we’s” to people at the forefront of Dylan’s life. A quintessential element of Dylan, if not his most important is definitely not ignored in the text and has enhanced my understanding of Dylan as a person and a lyricist greatly.

Perhaps the most helpful and important part of the text, was the amount of attention given to what I think are the two most important songs to understand on the album: “Like a Rolling Stone” and “Ballad of a Thin Man.” It is these two songs where, for me, it all began, and my quest to find what made them (and by extension, this album) different from other Dylan’s. It cannot be denied by myself (and it seems Polizzotti too) that these songs are what grab your attention within the album and have perhaps the most complex sets of Dylan lyrics. Polizzotti’s discussion of both, but particularly “Ballad Of A Thin Man” is incredibly revelatory.

On the one hand, as listeners we are (in Greil Marcus’s phrase) “set up to imagine him as whoever [we’re] not.” On the other, as Tim Riley notes, in this song Dylan is quite likely “talking about the arrogant stranger in all of us, who needs a dressing down every so often. (p. 109)

The juxtaposing of these two previous scholarly attempts to analyse the lyrics is precisely the strength of Polizzotti’s style. Providing not one answer, but rather, multiple answers and accepting that Dylan’s lyrics can be interpreted in a range of different ways. With each analytical take of “Ballad Of A Thin Man” one is almost affirmed in their thoughts on the song, even if sometimes, these takes are direct contradictions. The amount of time, dedication and depth that Polizzotti provides, and his identification of these two songs as needing extra attention is an indispensable element of understanding Dylan. 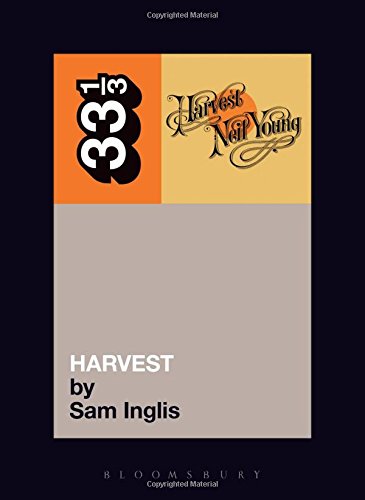 Perhaps the most refreshing part of Inglis’ writing is his simplistic chronology. While first establishing his thesis, he quickly moves on to detail some much welcomed context. There is a growing tendency for writers to neglect the historical and social changes associated with art. It is all very well to sit in hindsight and be subjective, but to be fair and authentic, one must imagine a review of the work at the time, as well as the present. Inglis does this with such class. The inclusion of actual reviews gives a snapshot of the musical era, linked to the ideals of the shy Singer/Songwriter and the progression to 1970s Nashville Country. Moreover, what is most impressive is how Inglis never loses touch with his original premise—the passing of time between Harvest and Harvest Moon. This window of twenty years creates a beautiful framework, complimented by the informative second chapter—A Journey Through the Past. In this research, we are given the salient reminder that Young’s musical awakenings were delayed and arduous. Inglis chronicles as early back to Young as “something of a misfit at school in Canada.” He touches on personal struggles, particular those of health that had been permanent scars in Young’s early life.

“Polio had left his body weak down the left-hand side, a weakness about which he was accurately self-conscious”.

But the integrity of Inglis’ research is found through the explanation of musical consequences, in which he expresses with such humility and interest. Perhaps the best example is detailing Young’s back injury;

“Young’s back problems persisted, and he became increasingly frustrated with both the medication he was forced to take and his inability to play an electric guitar.”

These trials and tribulations are so perfectly balanced by Inglis, who addresses their negative and positive outcomes. He includes a great quote from Young himself;

“I spent two years lying on my back”

detailing the prolific work done during this time. Young had been given the gift of time, and gained an introspection that is so audible on the record. Whether this is the insight into an “elderly foreman called Louie Avilla” (Old Man); the infatuation with Carrie Snodgress (A Man Needs A Maid), or the tragic end of Danny Whitten (The Needle and the Damage Done).

However, we soon become aware that Young’s insight and introspection was not gained through ill-health alone. Inglis beautifully chronicles his early twenties, and the years from The Buffalo Springfield, to his success as “a figure of the hippy counter-culture” particularly as a member of Crosby, Stills, Nash and Young. This musical infancy is so vital in understanding inspiration, and intention, and also provides a solid understanding of events leading up to Young’s faithful visit to the Johnny Cash Show in 1971. Inglis also explores the parallels to the surrounding work of Dylan to help contextualise the folk movement. It is undeniable that Dylan yet again became a trail blazer in the late 60s and early 70s. By the time Young had made it to Nashville, the idea of a counter-culture rock star collaborating with the redneck enemy had lost some of its political significance. References to John Wesley Harding and New Morning provide a great education of the era, while cementing that “Dylan’s alignment with the Nashville music industry was a deliberate reaction against the more complex, experimental approach to record production”—an idea that would catalyst the complete ‘live’ sound of Harvest.