Today, we bring you a Q&A with Jovana Babović, who will be writing the new 33 1/3 on Sleater-Kinney’s Dig Me Out. 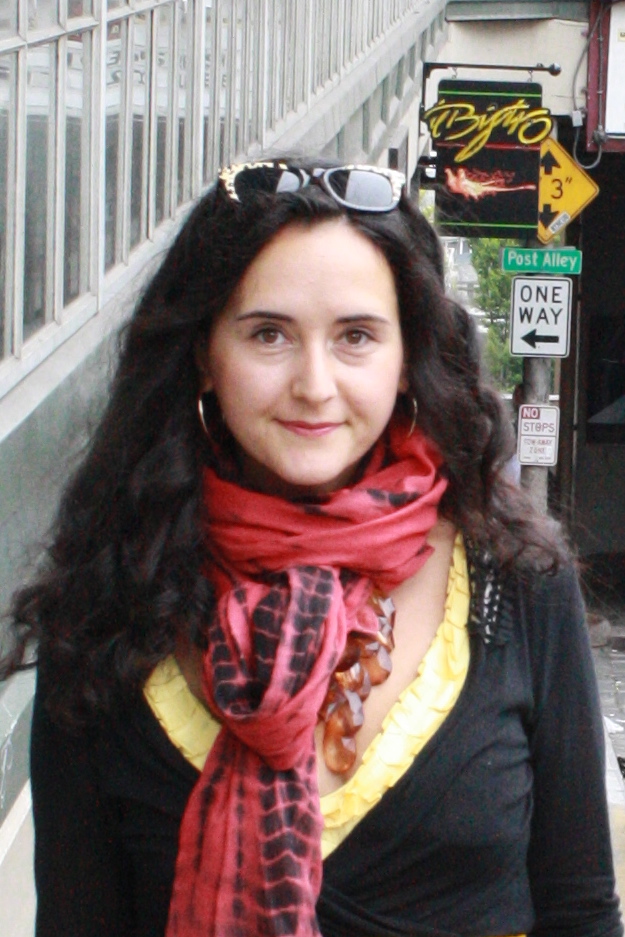 I teach European history at the University of Tennessee in Knoxville. I have published a number of articles about entertainment, urban life, and culture in Yugoslavia between the two World Wars. I am currently working on a book about popular culture in Belgrade during the 1920s and 1930s when it was the capital of Yugoslavia. The leap from Eastern Europe at the beginning of the twentieth century to the Pacific Northwest at its tail end, as it turns out, is almost seamless. For me, they are both wrapped up in questions about how individuals create and consume culture and, ultimately, how they shape our understanding of twentieth century history.

When I took a cursory glance at the existing 33 1/3 Series roster, as star-studded as it is, I noticed a major absence of both female authors and female musicians. I knew I wanted to work toward evening the score, but that, at the same time, I didn’t want to replicate the clichés about “women in rock” that marginalize female performers far more than they integrate them into dominant music narrative as equal actors. One of the reasons I chose to write about Sleater-Kinney, and particularly their third studio album Dig Me Out, was because it was a moment when the band members appear especially adept at appropriating – in, fact, owning – the aspects of popular music that have traditionally been gendered as male. From the album cover that recreates The Kink Kontroversy to guitarist Carrie Brownstein’s decidedly rock ‘n’ roll guitar licks, I was drawn to writing about Dig Me Out because it told a story about gender, feminism, and popular culture in the late 1990s that has remained largely untold.

As I historian, I am drawn to the archive. I am interested in the historical artifacts that document a particular moment in music history and capture the voices from that period. Online archives have been a fantastic source for both commercial and independent publications, video footage, and image galleries. I’ve also found some gems at the Bard Zine Library, thanks to Jenna Freedman and Juliana Strawn, as well as in the files at Kill Rock Stars. I have a lot of digging left to do, like reaching out to some individuals who had a hand in shaping Dig Me Out, including each of the band members. I welcome the help of fans who may have stories, letters, images, zines, diary entries, or other types of documentation of Sleater-Kinney from around 1996 to 1998 that they would be willing to share.

I’d been thinking about pitching a 33 1/3 book for more than a year before the new call for proposal was announced. I toyed with some other albums, but when the idea of writing about Sleater-Kinney’s Dig Me Out came up, I was instantly flooded by curiosity. I want to understand why this album, a favourite among fans, was so positively received and why it continues to be so loved. I want to know what it means to those who love it and the musicians who made it. Most importantly, I want to grasp its broader meaning in the context of the aftermath of the riot grrrl movement, the Northwest music scene, and late 1990s popular culture.

Sleater-Kinney has received a lot of media attention and countless mentions in music criticism and academic writing, but there has never been a thorough study of the band’s place in 1990s popular culture. Dig Me Out is, in many ways, representative of the band’s entire discography, although it also marked a moment when Sleater-Kinney became nationally acclaimed. There was something about Dig Me Out that caught the attention of broad spectrum of fans and critics. There is also something about Dig Me Out that made it a relevant and exciting to independent communities. My book explores this tension between the national and local, or between commercial and independent – categories that are not necessarily mutually exclusive – in a two-fold approach: I take a micro-historical focus on the period of its release and contextualize it within broader cultural trends.

One of the most unique aspects of the 33 1/3 Series is the agency it gives authors to determine how to narrate musical moments. It’s precisely the authors’ storytelling that I’ve enjoyed most in my readings of 33 1/3s. I was drawn in, for instance, by Matthew Stearns’s opening description of what a listener hears when first playing Daydream Nation – in his estimation, a cacophony of urban noise like subways and crowds. I appreciated Cyrus Patell’s story of Some Girls as an analysis of race and class in 1970s New York that extends beyond the music scene and speaks to topics such as the economy and urban politics. And, I was enthralled by Daphne Carr’s study of Pretty Hate Machine as a narrative of Rust Belt cities, fandom, and commercialization. I’m currently about halfway into Gina Arnold’s work on Exile in Guyville – and completely immersed in the spatial imagination of Liz Phair’s music.

The Smashing Pumpkins in Minneapolis in 1996 – right around the time that Sleater-Kinney was recording Dig Me Out with their new drummer Janet Weiss in Seattle.

Space defines the mode of listening for me. At home, I nestle in a record nook with headphones. In the car, with the windows down, I pop in a CD and turn the volume way up. On walks with my dog, I flip through my ipod to find the right fit for that day. And, in between, I stream online radio.

In the final moments of “It’s Enough,” vocalist Corin Tucker defiantly sings, “I make, I make, I make rock ‘n’ roll!” To me, this lyric encapsulates the entire album and the experience of listening it – it’s a wear-your-heart-on-your-sleeve sort of line that leaves no questions about the album or the musicians who made it. There’s also a bit from “Not What You Want” where Tucker proclaims: “Got my foot on the floor, we’ll go 80, 95 – maybe more.” In both instances, we hear the speed, the urgency, and the thrust of Dig Me Out as a whole.