Today, we’re happy to bring you a Q&A with Kembrew McLeod, who will be writing the upcoming 33 1/3 on Blondie’s Parallel Lines ! 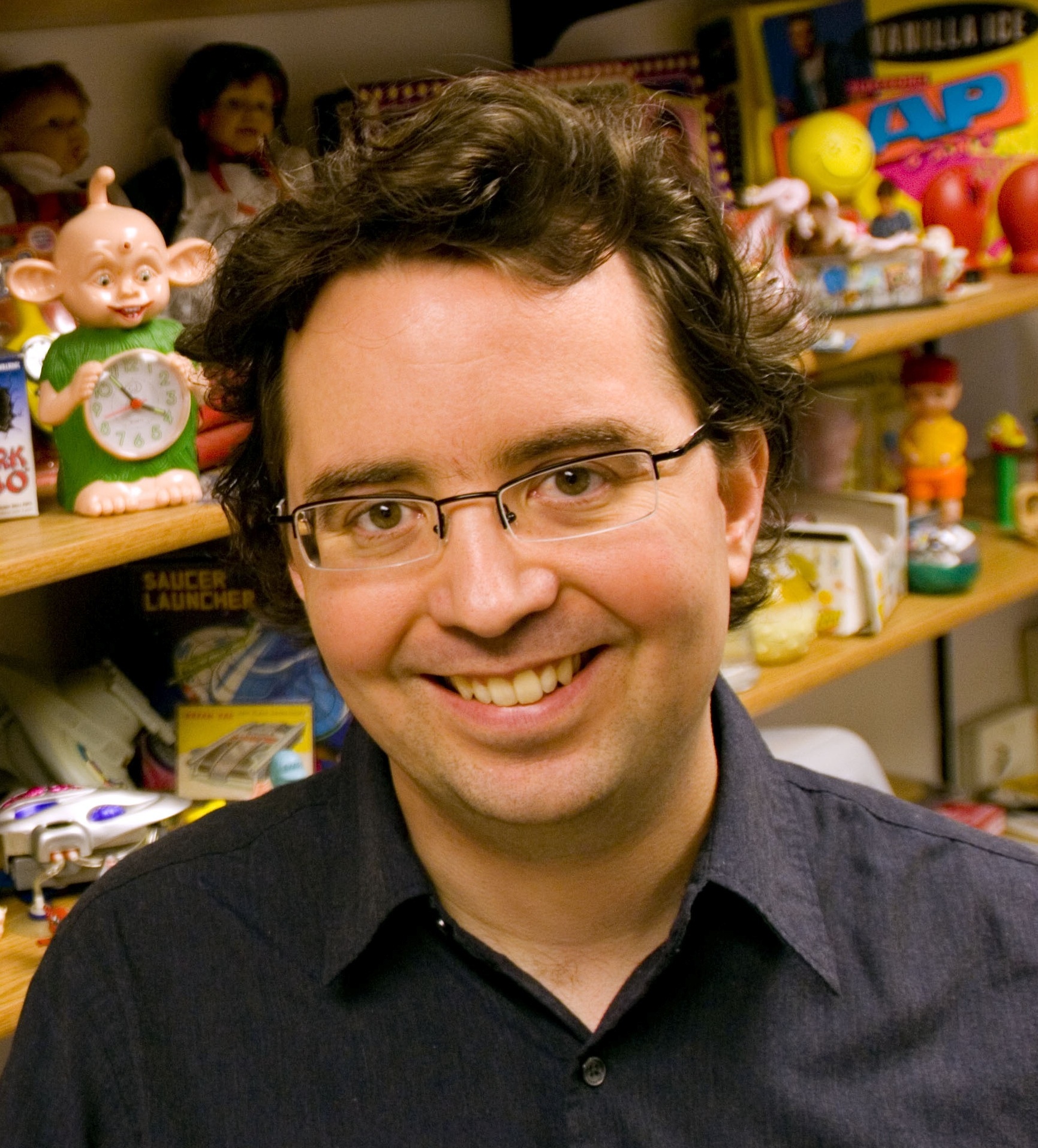 I’m a writer, documentary filmmaker, university professor, media prankster, spazz dancer, children’s music producer, and all around man of many hats. I began writing about music over two decades ago in old-school paper ’zines, and then made the transition in 1995 to online music writing in outlets like Addicted To Noise, SonicNet, and MTV.com. It was a new frontier, and I distinctly remember having to explain to label publicists what the Interweb was. Since then, I have published five books on popular music, copyright law, and—most recently—pranks. My writing has also has appeared in the New York Times, Los Angeles Times, Village Voice, Slate, Salon, SPIN and Rolling Stone. Additionally, I’ve made three documentaries—including Copyright Criminals, which debuted at the 2009 Toronto International Film Festival and aired on PBS’s Emmy Award-winning Independent Lens series.

Blondie remained rooted in alternative culture while also embracing a populist aesthetic, and I can’t think of any other artist who maintained such a unique balancing act. For casual radio listeners, Blondie came across as an all-American pop act—and to a certain extent they were—but surface impressions can be deceptive. I’ve always been fascinated by artists who straddle underground and popular culture, and Blondie is perhaps the quintessential example of this dynamic.

I have interviewed, and plan to continue interviewing, many of the original members of Blondie. In my conversations thus far, it has driven home my hunch that they were essentially bohemian artist-intellectuals who stumbled into fame, and had fun with it. My interviews have certainly given me a new respect for them as artists, and as people.

This 33 1/3 book on Blondie was based on a book that I wrote twelve years ago about punk and disco in the late 1970s, but sat on. It was about many of the same issues that my book on Parallel Lines covers—such as the gendered taste hierarchies that end up celebrating punk as authentic subcultural expression and dismissing disco as prefab trash—while also complicating several entrenched binaries: art and commerce, high and low culture, corporate and independent media, center and margin. The book manuscript literally sat in my drawer for over a decade (I lost the Word document file, argh!) because I wasn’t a good enough writer or thinker to pull it off back then. I eventually realized that Blondie’s album Parallel Lines—which contains the punky pop of “Hanging on the Telephone” and the glossy Eurodisco of “Heart of Glass”—crystalized much of what I was writing about in my abandoned book. (I have one other completed book manuscript that I abandoned … next time you see me, ask me about it sometime!) Because I had always wanted to write a book for the 33 1/3 series, I jumped at the chance once I had the time to write a proposal. Although the writing in Parallel Lines is brand new, its intellectual seeds are over a dozen years old.

Blondie’s brand of bleach blonde pop obscured its weirder bohemian roots, especially after they became global superstars during the late 1970s and early 1980s. Histories of punk tend to sweep pop’s gummy residue under the carpet, even though many downtown New York musicians were influenced by 1960s pop radio, and some even recorded with the producers who made those Top 40 hits. Nevertheless, punk is usually cited as the archetypal site of cultural resistance and anti-consumerism, whereas disco has often been overlooked as a subculture (despite its roots in the same marginalized downtown neighborhoods where punk simultaneously emerged). Inversely, New York punk was far more queer and artsy than the more masculine, cartoonish image of punk that has circulated in mass media. I think the story of Blondie, and their album Parallel Lines, nicely highlights these contradictions.

I have read more than two dozen books in this series, and there are many gems. I really liked Geeta Dayal’s book on Brian Eno, and I learned a great deal about the making of the album and how it fit into the world of 1970s popular music. Carl Wilson’s book on Celine Dion lines up closest with my book project, because it is concerned with how hierarchies of taste develop within popular culture—and how those taste hierarchies can marginalize certain groups of listeners. I also enjoyed Drew Daniel’s 20 Jazz-Funk Greats, Wilson Neate’s Pink Flag, Douglas Wolk’s Live at the Apollo, Daphne Carr’s Pretty Hate Machine, Matthew Stearns’ Daydream Nation, L.D. Beghtol’s 69 Love Songs, Michaelangelo Matos’s Sign O the Times, Joe Pernice’s The Queen Is Dead, Jonathan Lethem’s Fear of Music, Don McLeese’s Kick Out the Jams, and Christopher R. Weingarten’s It Takes a Nation of Millions to Hold Us Back, and Daphne Brooks’ Grace—to name but a few.

R.E.M.’s Life’s Rich Pageant tour, though when I was younger, my dad once worked at a venue where .38 Special played, but they failed to make a lasting impression on me. Unlike many other Virginian teens, I never developed a big appreciation for AOR radio and instead gravitated in the early 1980s to Top 40 pop, punk, and hip-hop—which I valued equally. My first record purchase was a twofer: Madonna’s Like a Virgin and the Butthole Surfers’ Rembrandt Pussyhorse, which didn’t seem contradictory to me. At the time, I couldn’t conceptualize that there even could be a contradiction in my combination of choices; it was just what I liked. My ears were pretty wide open as a kid because of the variety of people I hung out with: skate punks, breakdancers, theatre people, and D&D nerds. I would stay at home on Sunday and religiously absorb Casey Kasem’s American Top 40 countdown radio show, and during the rest of the week I would also listen to mixtapes that friends made for me of early punk and hip-hop singles.

I mostly listen to music on my phone, via mp3 or streaming services, just for convenience sake. That said, I have a lot of vinyl and CDs, but I have no allegiance to any particular format. Each have advantages and downsides, but what I care most about is the music itself.

“Once I had a love and it was a gas / soon it turned out to be a pain in the ass.” I still recall at the age of nine being amazed that you could say “ass” on the radio. Those were much simpler times.