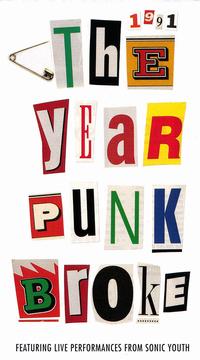 Nick Attfield’s 33 1/3 on You’re Living All Over Me opens in 1991—or, more accurately, with Dave Markey’s 1992 documentary 1991: The Year Punk Broke—and so should we. If you haven’t already, give yourself 97 minutes to watch what Variety called the “sloppiest rock-doc to win actual release” (and it is sloppy, in the best possible way) and you’re off into a frazzled Super 8 docu-world where bottles are made to be smashed, Kim Gordon puts mascara on Kurt Cobain, and Thurston Moore bewilders all with his typical bratwurst/bockwurst/currywurst/liverwurst/knockwurst  nonsense-speak. All this, as Attfield notes, contrasted against the somewhat aloof, and even timid, J Mascis: a grown up version of the Amherst boy getting a ride to band practice in his father’s station wagon.

It’s fitting that a book on You’re Living All Over Me would begin first with Sonic Youth. Or, should I say, that its beginning be co-opted by Sonic Youth. And so along that same vein, what I thought would be a Dinosaur themed Video Vault has now simply become a clip from the aforementioned documentary of Sonic Youth playing one of my favorite songs ever: “Schizophrenia.” Most definitely watch/rewatch Markey’s film—remastered in 2011 for DVD—if only to revel in some fantastic footage of many a live show. Though perhaps you can skip the first 3 minutes of Thurston Moore being, well, Thurston Moore.