Over the years, Andrew W.K. has created more than just the perfect party atmosphere. In this second entry for Andrew W.K. week here on the blog, I Get Wet 33 1/3 author Phillip Crandall looks at some of the art his subject has created outside of a recording studio. 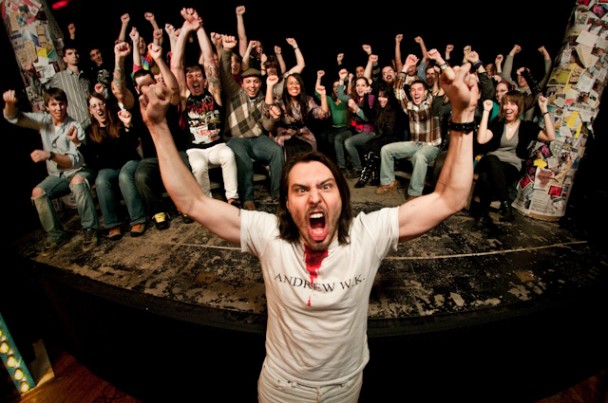 As a child, Andrew would create elaborate games incorporating slides, blocks, pennies, and other toys he’d find around the house. When he got into junior high, he made his own pachinko game (seen below in its current state), with rubber bands to bounce marbles around the large plank of wood and wire ramps to send them flying off the side. But even creating those objects — which served a competitive purpose beyond just a rolled marble — didn’t fully satisfy the young Andrew. “I’d build a haunted house or fun house in the basement, but I wanted people to come over and use it in a way that I didn’t have to tell them, like, ‘Now go and do it,’” Andrew says. “I wanted it to be commercial, because that was proof that it really had value versus just an amusement. You almost had to fool yourself into not thinking about that part while you were doing it — that there was no point in this, because no one’s actually going to really do it. That was the feeling I got: That, ‘God, I wish I wasn’t a kid.’ I just wished that someone would actually pay me to do it. It was really discouraging. Waves of frustration over not being able to officially participate in that kind of culture or experience or business, and just praying for the day that I was old enough to actually do anything that counted as official.” 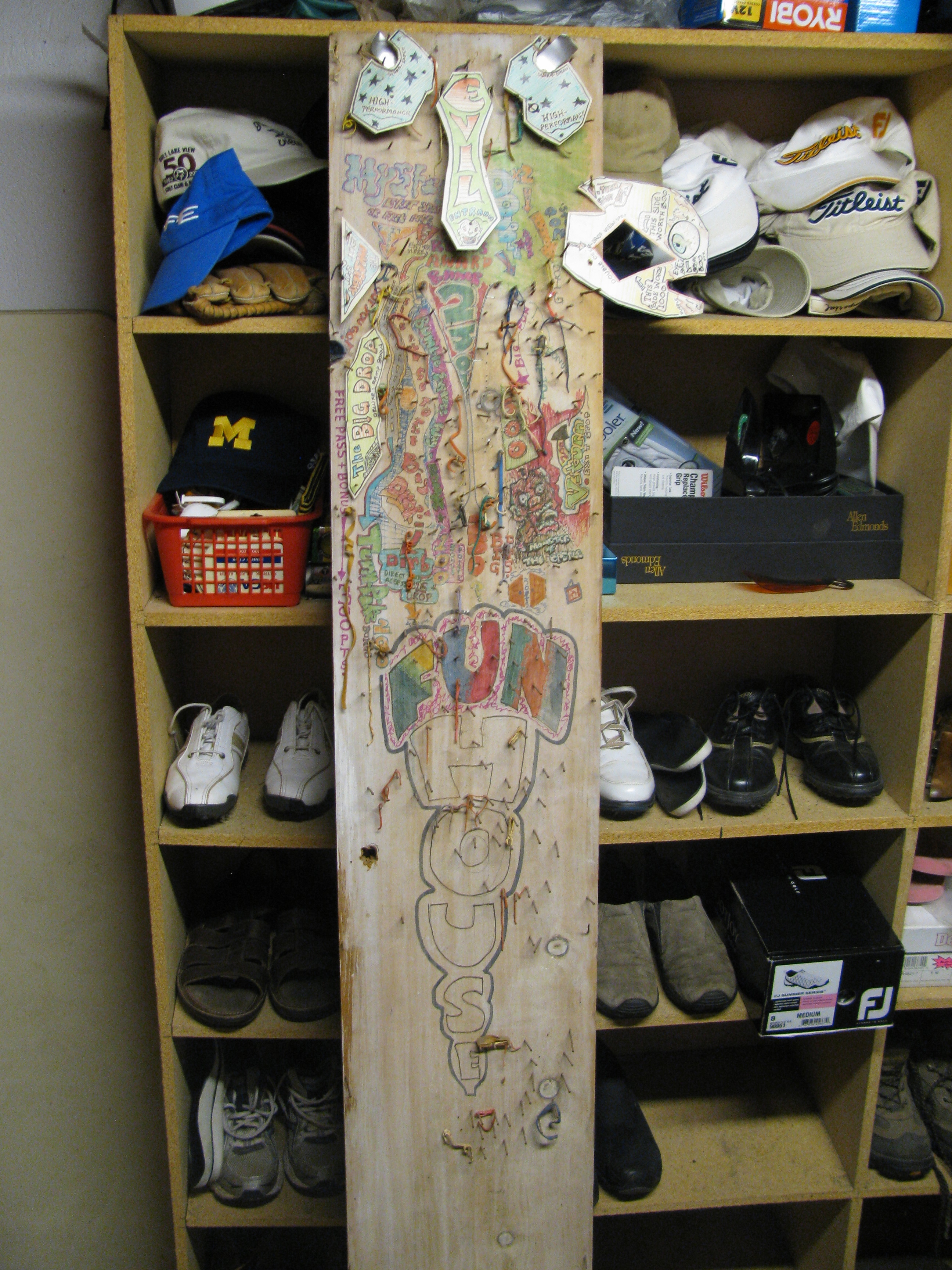 Here’s an assortment of Andrew’s art (photographed horribly by this author) from around his parents’ Ann Arbor home: 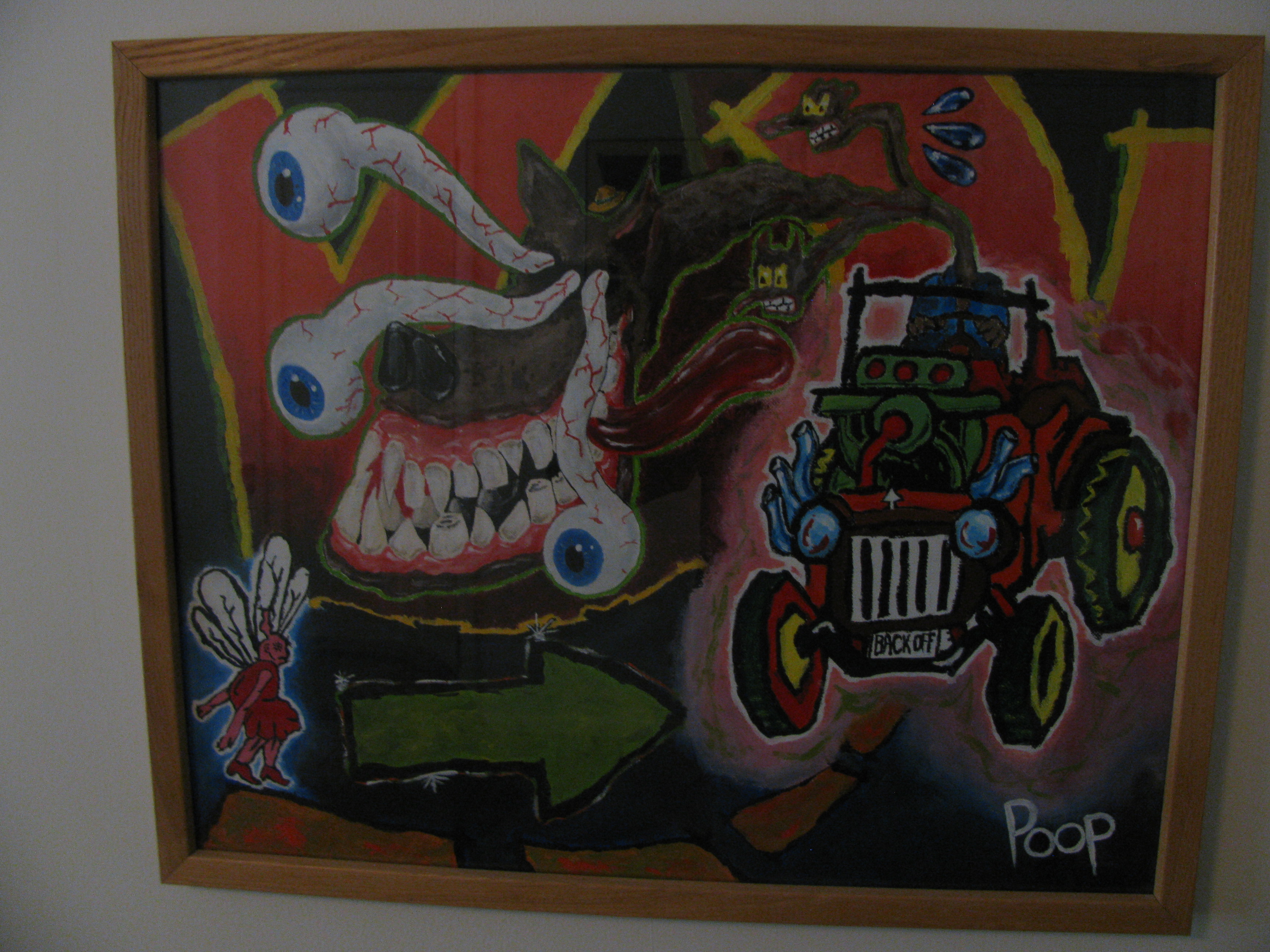 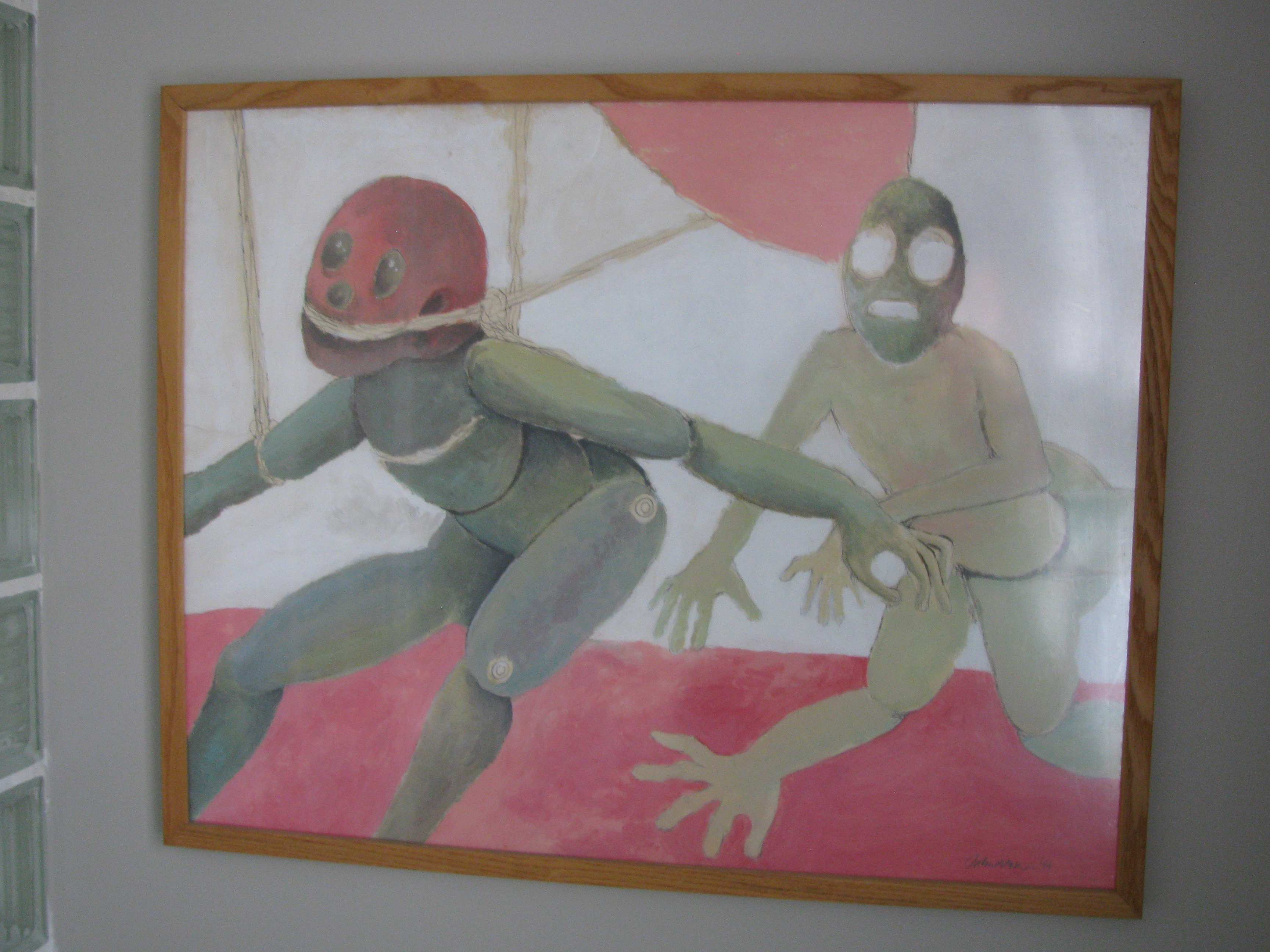 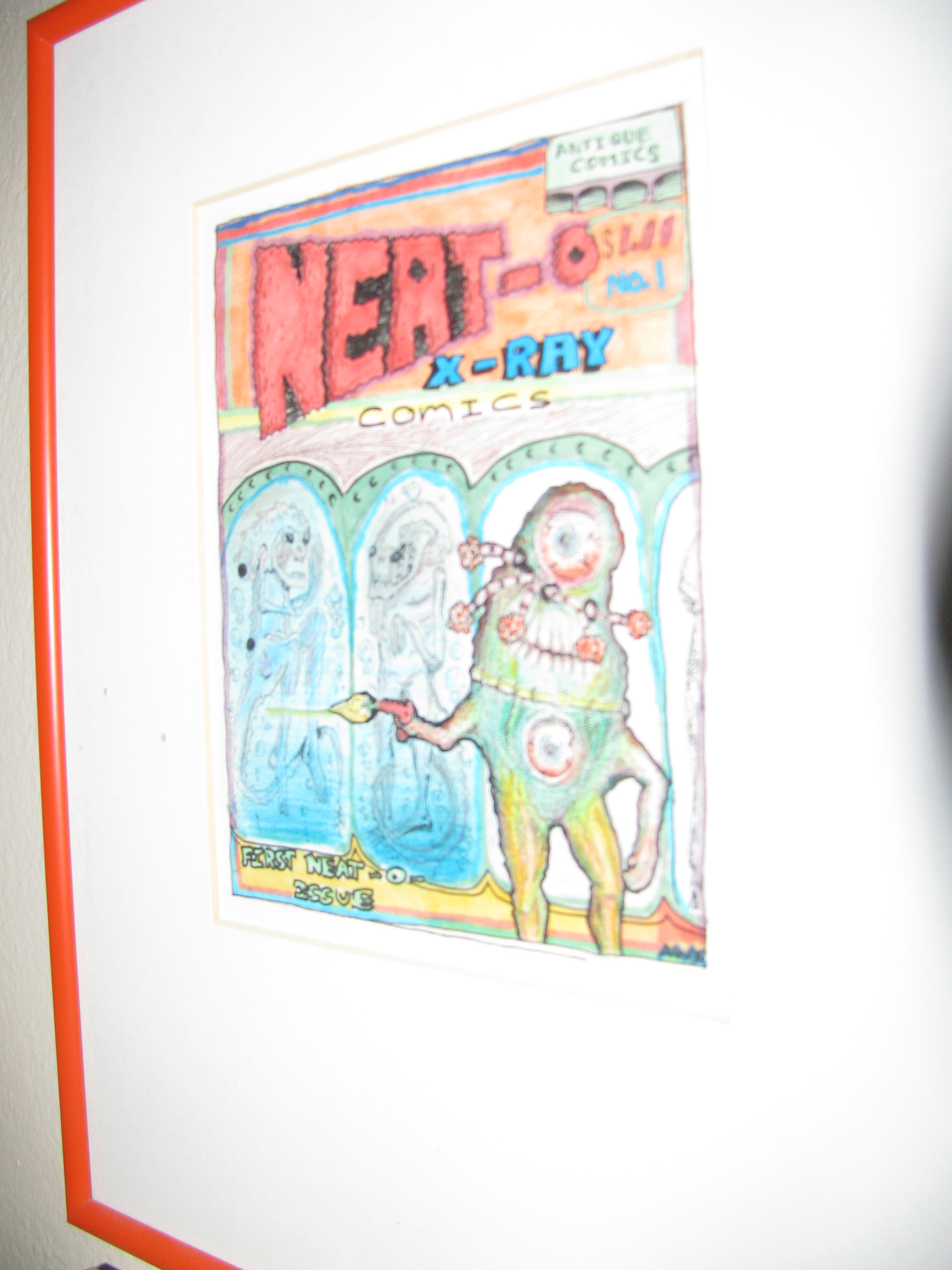 Andrew erected the below structure — which friend Aaron Dilloway calls the Jumble Gym — in his parents’ backyard. (Photo courtesy of Andrew W.K.) It was featured prominently in the film Andrew and Dilloway created entitled Poltergeist. “I think the music and part of the movie is influenced by this movie The Holy Mountain that we were really into,” Dilloway says. “One of the most psychedelic, over-the-top films ever. It’s also influenced by this movie called Sledgehammer. It got us obsessed with slow-motion video, which he ended up using a lot of in Who Knows? [his 2006 live in concert DVD].” 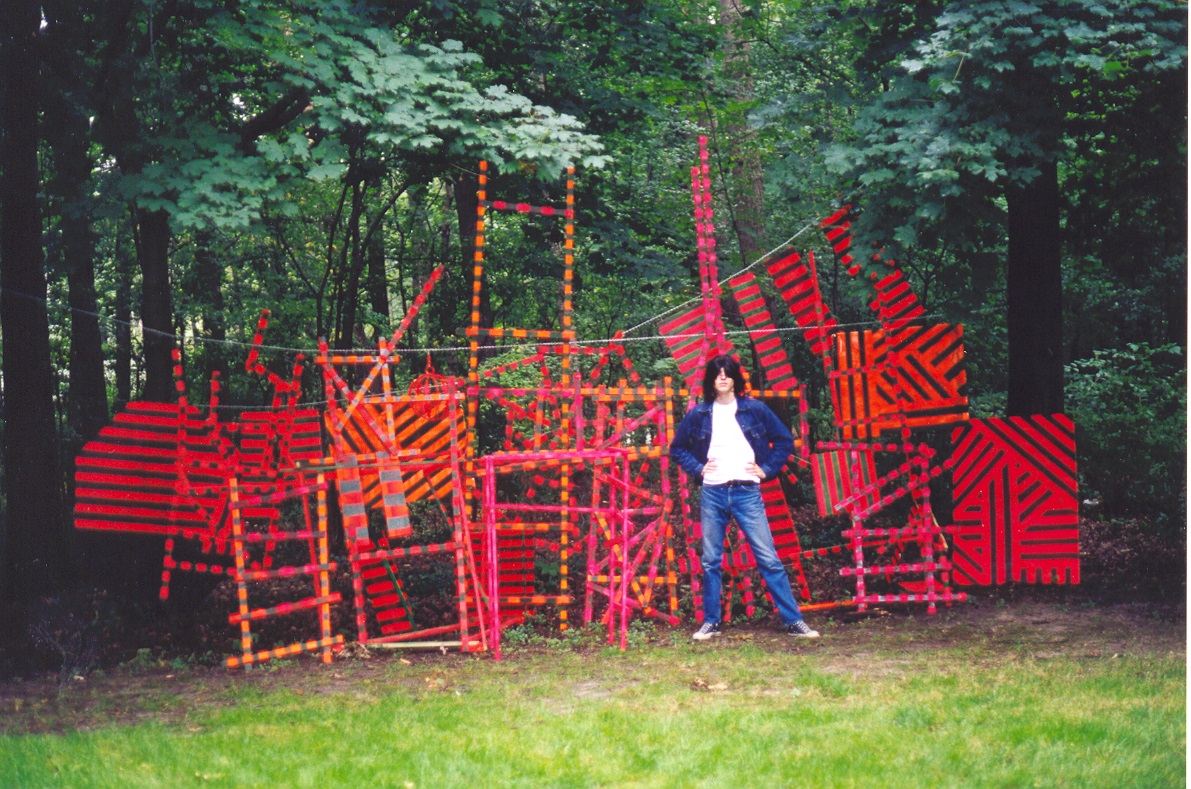 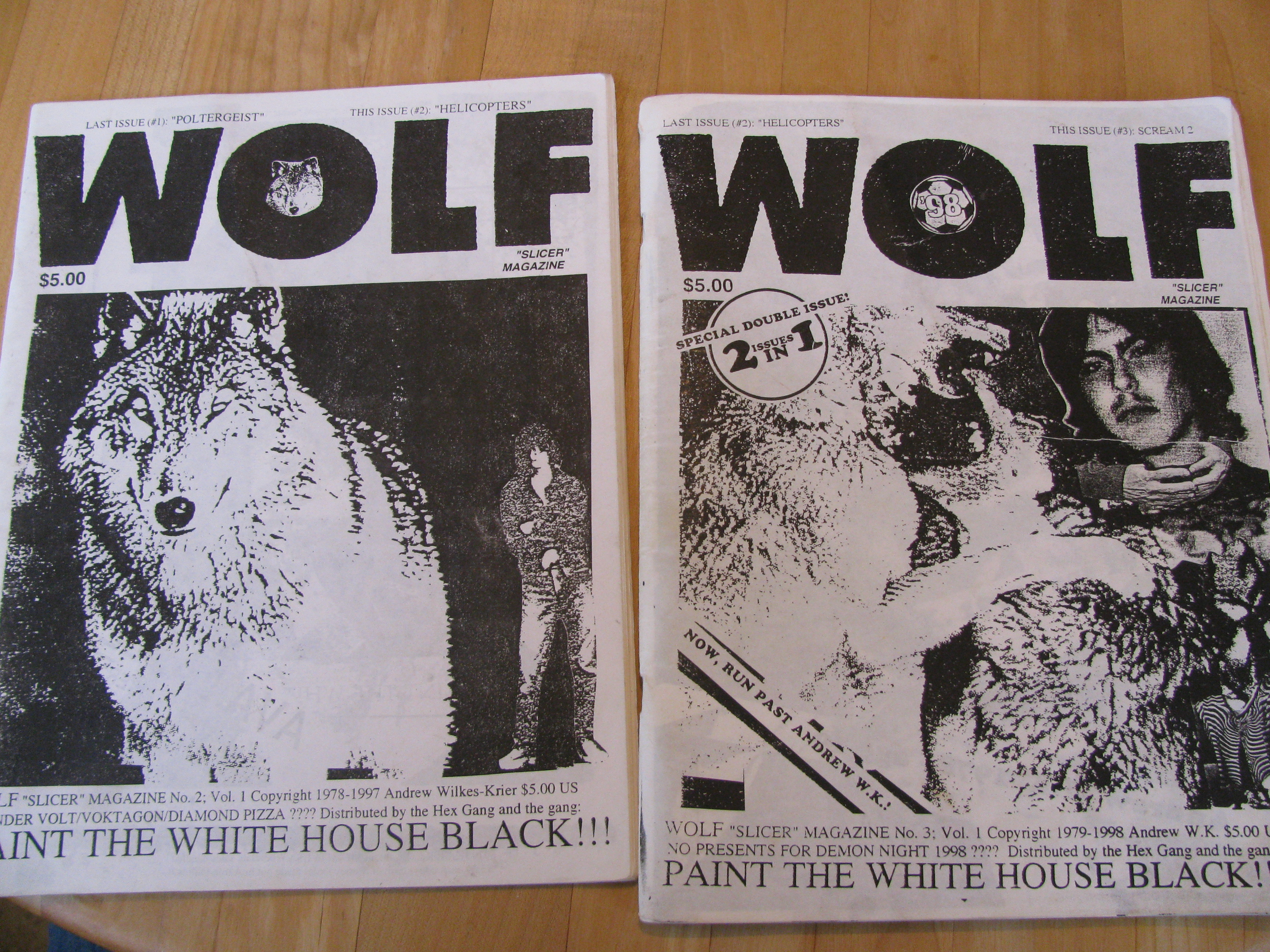 And, while his larger art pieces have served as covers for his releases, Andrew was just as meticulous with concepts for Island Def Jam in the off-chance his record label wanted to censor I Get Wet’s cover. “This was before they had a huge conference meeting to tell me that they wanted to censor it,” he says. “I was totally thrilled because I had wanted to censor it from the start.” They went with the black bar. (Photos courtesy of Andrew) 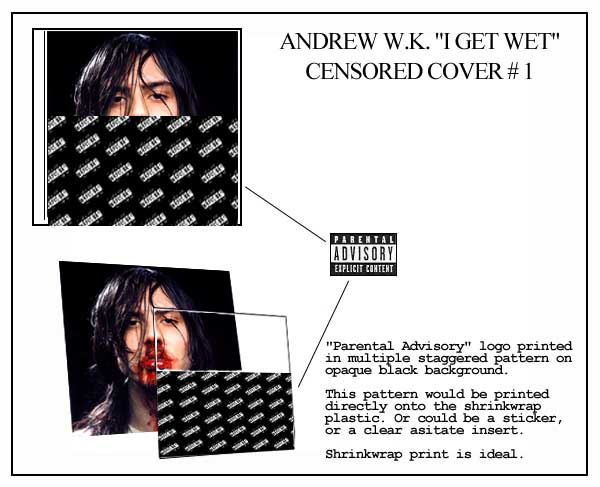 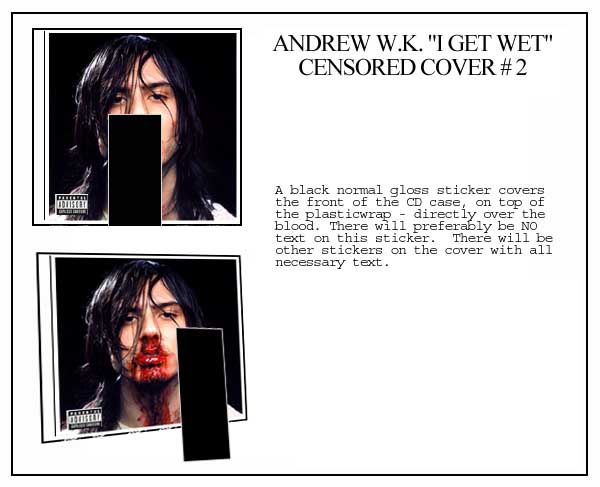 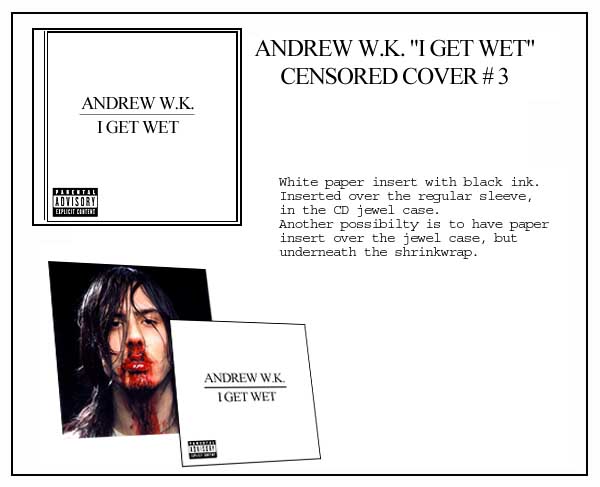 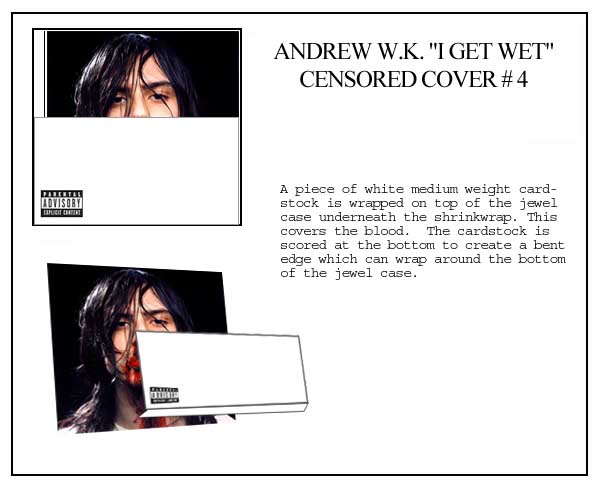 Then, of course, there’s this! 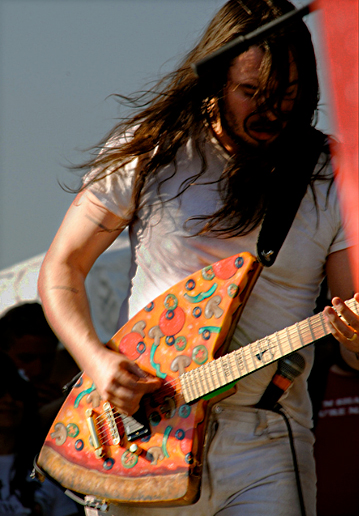 Andrew W.K.’s I Get Wet is available on Bloomsbury.com,via Amazon or wherever 33 1/3s are sold.