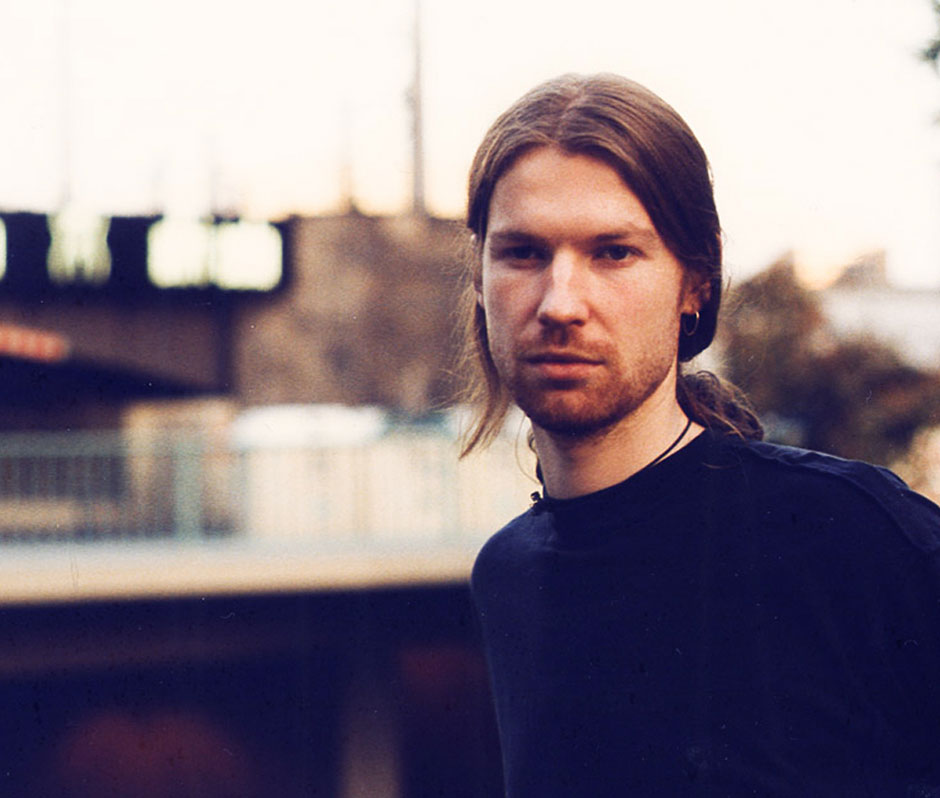 It is fitting that I wrote a book about “Volume II” of something, because I wrote the book twice.

When I proposed writing a book for the 33 1/3 series about Selected Ambient Works Volume II, the landmark 1994 album by the British electronic musician Aphex Twin (aka Richard D. James, above), I knew the sort of book that I wanted to publish. I also knew the sort of book that I didn’t want to publish. And because this was to be my first book, and I was very much finding my way in the process, I ended up also writing the book that I didn’t want to write, just to get it out of my head. Doing so probably wasn’t the best use of time in a practical sense, but it proved very satisfying, and even a little useful.

The Book I Didn’t Want to Write involved working through the album track by track, each of its 25 individual pieces of music in a row. By mentioning this disinclination of mine, I don’t intend to offend any other authors in this series — or in similar pursuits — who have taken this track-by-track approach. I simply had little interest in taking the opportunity to publish a book with 33 1/3 only to simply guide the listener/reader through the record one song at a time, like a docent on a walking tour of some historic cemetery. That approach didn’t seem true to the ambiguity inherent in this record, with its nearly vocal-less content, all but one of the tracks lacking words for a title (utilizing pictures instead), the whole thing intended as much for deep background playing as for attentive listening. It’s an album to get lost in, not to be be provided a Star Map for.

“I listened to this record every single day for a year, and I know it intimately in a way I could not have even imagined at the outset of the project, despite almost two prior decades of my having listened to it.”

I wanted to write a book that looked at the record from numerous distinct angles, and I wanted those angles to be foregrounded, rather than subsumed into the individual track descriptions. The book I wanted to write, the book that 33 1/3 is publishing, is broken down into different sections: a focus on the album’s correlation with classical music, a focus on its adoption by filmmakers and contemporary dance ensembles, a focus on the electronic-music dance culture out of which it arose, a focus on its pictures-as-track-titles, and so on, for seven chapters in all.

I began by plotting the book I would eventually write, the book that I had proposed as part of the 33 1/3 application process. But my imagination was hounded by the book I didn’t want to write. I couldn’t think of a better way to handle the situation, so I went ahead and wrote The Book I Didn’t Want to Write. Every day I chose one song from Selected Ambient Works Volume II and set it on repeat, listening to it at length and in depth — on my iPod Touch on the bus, on my turntable in the living room, from my browser through my laptop’s tinny speakers, from my laptop filtered through a digital-to-analog converter into my office stereo system. I did this largely at random, so the writing was even less about the relative positioning of the track on the record, and more about each individual track alone. It wasn’t the book I wanted to write, but if I was going to do it, I was going to do it right. For each of the 25 tracks I amassed a sizable set of notes, 25 chapters comprised of extensive descriptive text and associated details: movies and radio sketches the tracks appears in, samples associated with it, odd YouTube video tributes (the whole thing is available reversed, and several individual tracks have been slowed down by as much as eight times), unofficial remixes, appearances on mixtapes, and so forth.

I did this over and over, listening to on repeat just one track a day from the album. I did this for the full length of the year of research and writing and editing that yielded the finished book. After awhile, The Book I Didn’t Want to Write had been sated enough to stop nagging at me, and that gave me the welcome head space to write The Book I Did Want to Write. This latter book involved interviewing filmmakers, choreographers, musicians, and music-industry figures whose work intersected in meaningful ways with the Aphex Twin album. Of course, when I needed to describe a track — to talk about the echoes of “Auld Lang Syne” in “Blue Calx,” or to mention the hints at Jon Hassell’s Fourth World music in the track widely known as “Grass,” or to note the intense percussion in the track that has come to be called “Shiny Metal Rods” — I had a substantial reserve of material to draw from. When I did emphasize description in the finished book, however, it was always in the service of something that I hope is more trenchant and idea-driven, like the classical-music roots of ambient music, or the way the music’s amorphous quality allows it to blur the line between song and score when it is adopted by filmmakers, or how its rare employment of the human voice serves as a challenge to dance-music norms.

Now that I have completed The Book I Did Want to Write, and it’s out there as The Book (I Hope) You Next Want to Read, the most common question I am asked — well, other than “Congrats, but what’s your next book?” — is a variation on “What’s the biggest surprise that happened during the writing of this book?” Easily for me the biggest surprise is the simple fact that I love the album Selected Ambient Works Volume II even more today than I did when I first started pondering the initial book proposal, let alone during the writing. I listened to this record every single day for a year, and I know it intimately in a way I could not have even imagined at the outset of the project, despite almost two prior decades of my having listened to it. A lot of that intimacy developed during my work on The Book I Didn’t Want to Write, which exists as about 45,000 words or so on my hard drive.
Aphex Twin’s Selected Ambient Works Volume II will be available this Thursday, Feb. 13 at Bloomsbury.com, on Amazon, or wherever 33 1/3s are sold.