Today, we bring you a Q&A with Paula Meija, who will be writing the new 33 1/3 on The Jesus and Mary Chain’s Psychocandy.

Paula Mejia is a writer, journalist and arts critic currently living in New York City. She is currently a staff reporter at Newsweek, and her work has appeared in The A.V. Club, The Guardian, Pitchfork, Rolling Stone, Rookie, SPIN and many other corners of the Internet. She is from Houston, Texas, but feels nomadic as she has had stints living in Los Angeles, Denmark, and Washington, D.C. You can find Paula on twitter here and on her blog here. 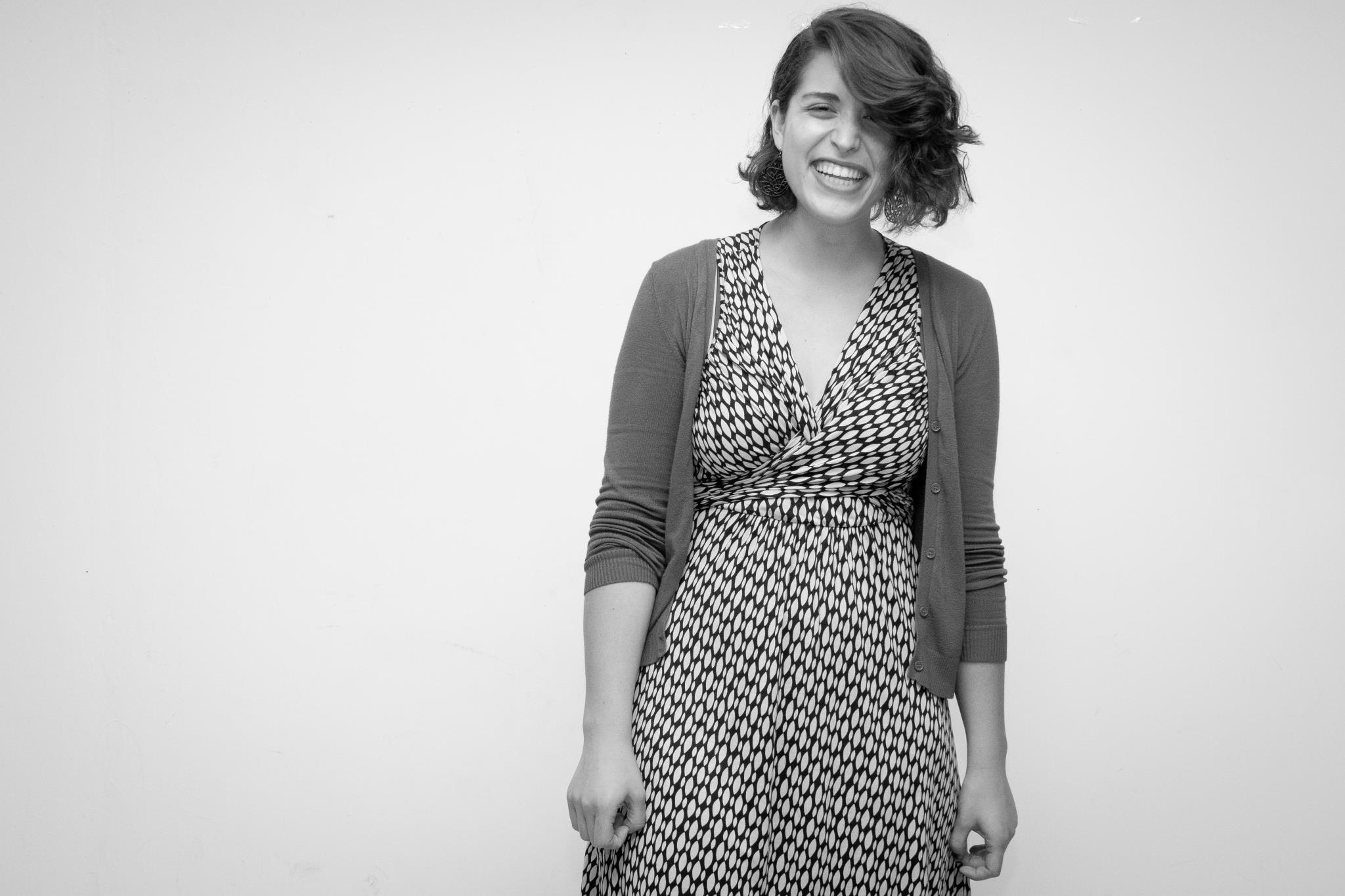 When I first heard Psychocandy, I couldn’t understand how such alien elements could meld together so perfectly. These sounds seemed so disparate, defying physics. Objectively, the sounds on Psychocandy shouldn’t even be compatible – things like black noise and sugar-coated pop, equal parts distortion and harmony, singing about being trampled on and feeling isolated while thumping through a honeyed hook.

The record also has this hypnotic effect on the ear and the body, which I’m really into. That woozy effect fascinates me – specifically, when music transcends sound and becomes translated into bodily movement in ways you can’t control. Such as when you feel a bass tone in a body part you didn’t even think was exposed, like your clavicle. I think it’s also an incredibly smart social text – it’s a comment on the self as much as it is on society.

Definitely a therapist. But in all seriousness, I’ll be reaching out to the members of The Jesus and Mary Chain during the Psychocandy era – Jim Reid, William Reid, Douglas Hart and Bobby Gillespie. I’m hoping to speak to Creation Records co-conspirator Alan McGee, as well. For me it’s crucial to understand the context in which this record was made and the time – especially because it was made several years before I was born.

The toughest part of coming up with and pitching a 33 1/3 was narrowing down the list of album choices! I was torn between several albums for a while, two notable ones being Broadcast’s Tender Buttons and Galaxie 500’s On Fire. But in the end, Psychocandy just made the most sense. I had seen The Jesus and Mary Chain perform about two years ago and I recall being moved in a way that I hadn’t been by a performance in a long while. This record was my first exposure to this thrashing, distorted pop aesthetic that still largely dictates how I listen to music today. When pitching this 33 1/3, I think what helped immensely was tapping back into that formative teenage time when I became absolutely obsessed with the Mary Chain and their contemporaries, Cocteau Twins, Lush, Ride, Slowdive and Spacemen 3 among them. While writing the proposal, I dug through old NME and Melody Maker reviews and interviews, watched YouTube videos and tried to understand the history that dictated its formation. I was consumed by it – the more I read, the more I became fascinated by the layers at play. I became increasingly interested in the role of pop in this record, how as an aesthetic it informed Psychocandy, but also ended up becoming a redefinition of that “sacred” canon (by a band whose name might be considered to be sacreligious by some, no less!).

I’d love to dig into the role of noise here, which is often abstractly mentioned as a component of The Jesus and Mary Chain’s performances. But its purpose and implications are not explored that deeply other than saying we’re all going to contract tinnitus! Depending on who you talk to, noise is either the absence of palatable sound or a dense concentration of it. To me, noise is as much a member of the band as any of the instrumentalists or vocalists. It has such a captivating effect on the body – it can paralyze, seduce, rupture, make you feel like you’re seeing ghosts. I’m planning to explore noise as an aesthetic and how it functions politically in this record, especially given the fraught time in which it was created.

I read Carl Wilson’s Let’s Talk About Love in a graduate seminar, and it still stands as my favourite 33 1/3. He masterfully melded questions of taste, the bizarre bubble of celebrity and reconciling with “hell as other people’s music” in a funny and effective way. Jim Fusilli’s take on Pet Sounds was touching, and utilized a personal narrative thread beautifully. Ben Sisario’s crack at Doolittle was fantastic. I’ve had my eye on Geeta Dayal’s Another Green World but I haven’t cracked it open yet. I can’t wait to read the Exile in Guyville, Live Through This and Tago Mago 33 1/3s.

I have zero shame in saying that my first concert was Britney Spears, during the Baby One More Time tour. She did about fifteen fabulous costume changes in two hours and had total command of herself and her audience on that stage. It was rad. My father is a saint for taking me to that show, as it was filled with screaming eight-year-olds.

At home, I listen to vinyl and MP3. When I’m listening to new music, MP3 is the best medium because I can listen to it on my phone, on the train, at work. Vinyl I reserve for when I’m spending extended periods of time at home, or when I have friends over. Besides the fact that it sounds warmer, listening to vinyl feels like you’re sharing an experience, and part of it is the tactile component. I love discovering the gems hidden in record sleeves (especially when buying used vinyl), or reminiscing about how I acquired the record (my favourite might be the My Bloody Valentine EP I found for 90 pence after digging around at an Oxfam in London), or even the sparse crackles you hear faintly in between songs. Whenever I have the off chance to drive a car, though, it’s always CDs.

The first time I heard Psychocandy, the lyric “Listen to the girl / As she takes on half the world” punched me in the gut. “Just Like Honey” – as with many of the songs on Psychocandy – feature strong women as characters. The men here are admitting that it’s okay to be dependent on other people. They liken themselves to plastic toys and aren’t out in some kind of conquest to “get the girl.” The guys recognize an attraction, sure. But more than anything they’re just aching for a mutual connection, like everyone else.

To me, this lyric was a revelation. “Listen to the girl” are the first four words uttered on this record! As a young girl, your odds are stacked against you in the world, and the creative world is no different. So to have the guys, who were an immediate commercial and critical pop sensation, encourage women to go to the front and speak? That was amazing and inspiring. The lyric has also been a great mantra to think about when I get too in my head writing the Psychocandy 33 1/3….